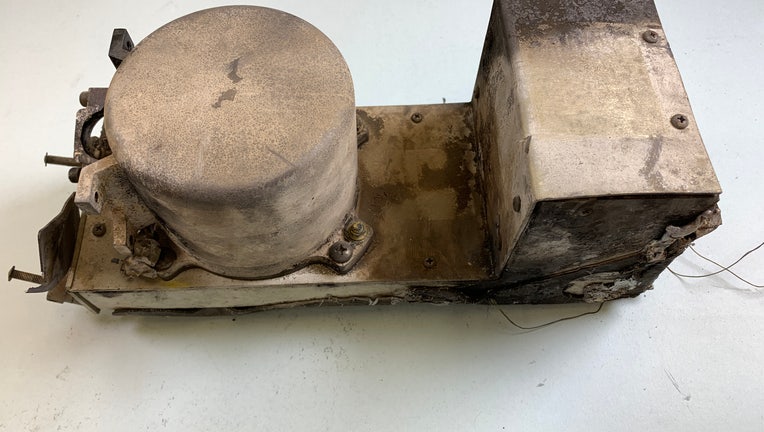 The NTSB released this image Friday of the black box recovered from a plane that crashed in Truckee, Calif. killing 6 people. A preliminary report was also released for its ongoing investigation of the July 26, 2021, crash of a Bombardier Inc., CL-60

TRUCKEE, Calif. - Eyewitnesses to the deadly plane crash in Truckee last month say they were concerned to see the aircraft pointed nose down in the seconds before impact, according to a preliminary report released Friday by the NTSB.

"Multiple eyewitnesses observed the airplane before the crash. Some reported that the airplane caught their attention because of its low altitude and abnormal flight path," the National Transportation Safety Board's report said. One witness told the NTSB that the plane was about 20 feet above trees.

"The airplane then entered a steep left turn and banked erratically just before it impacted trees and then the ground," the report said.

Investigators also said that they were able to recover all the data from the aircraft's flight recorder and cockpit voice recorder and are now analyzing that data to find clues into what caused the Bombardier CL-600-2B16 jet to crash on July 26, killing all six people on board.

The six people who died were confirmed to be two crew members and four passengers who had departed from Coeur d’Alene, Idaho.

Immediately following the fiery crash, Andrew Trygg, a spokesman for the sheriff-coroner in Nevada County, told reporters that the recovered human remains had been severely burned, requiring the use of advanced DNA identification technology.

The aircraft went down as the pilot was attempting to land at Truckee-Tahoe Airport. Friday's preliminary report indicates that an otherwise normal flight ended suddenly and without warning. 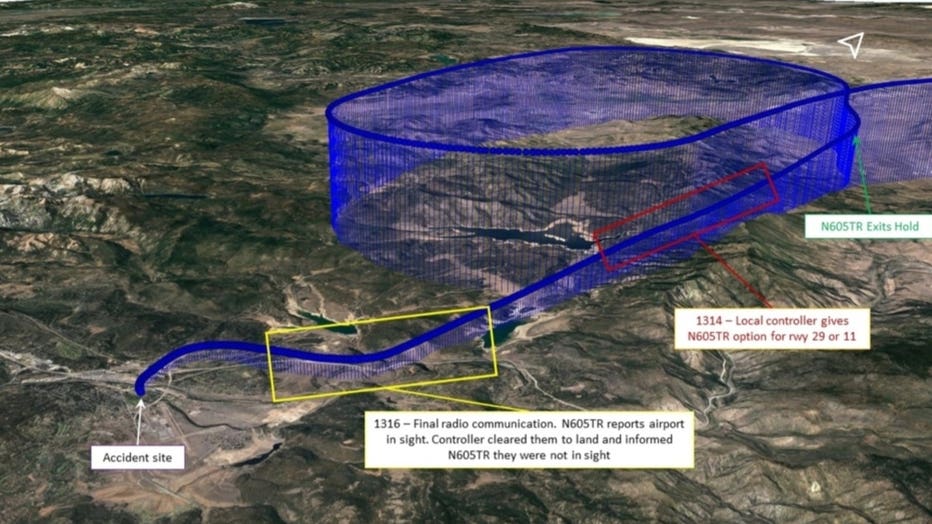 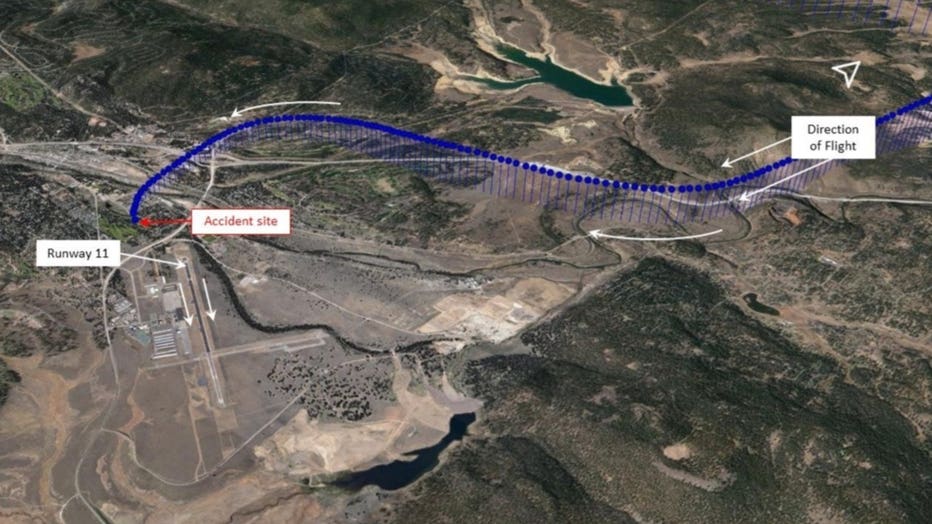 The debris field was about 225 ft long and 85 ft wide, the report said, and was marked by several broken trees. 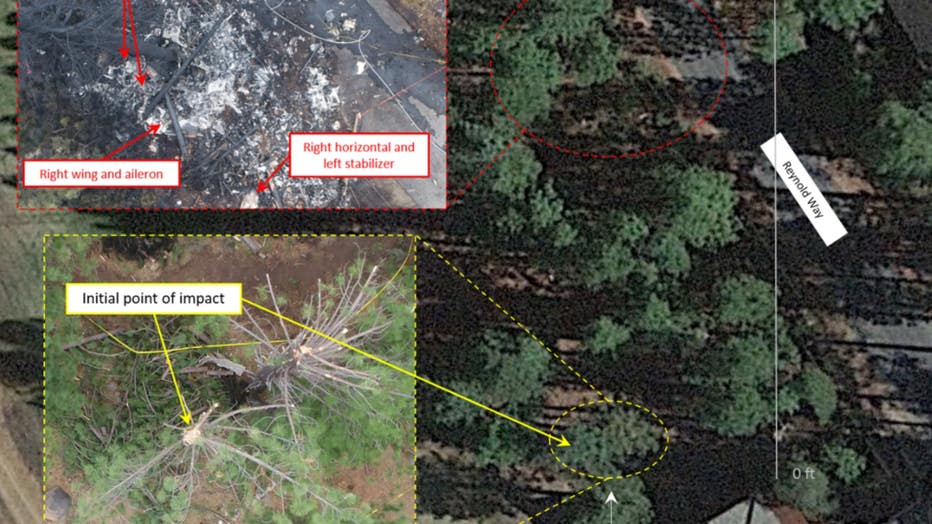 You can read the full preliminary report below, or access it by clicking here.