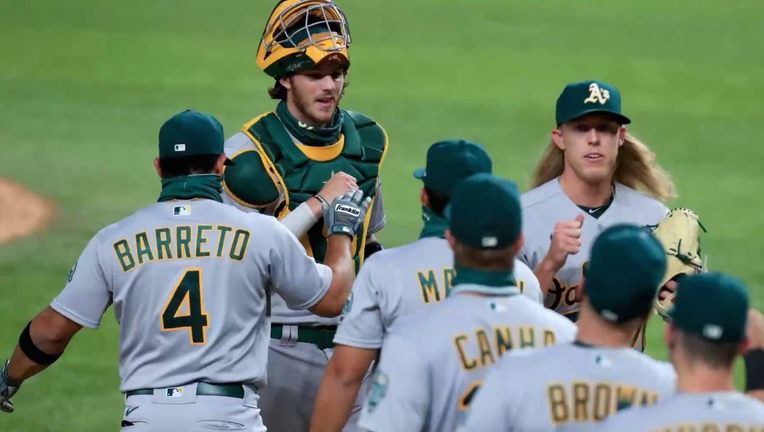 OAKLAND, Calif. (KTVU) - The Oakland A's will not take the field against the Texas Rangers as scheduled Thursday night.

Following the lead of multiple sports teams who decided not to play in protest of the police shooting of Jacob Blake, a Black man, the Athletics said they are joining in the fight against racial inequality.

"Social injustice and systemic racism have been part of the fabric of our lives for too long. We have a responsibility to use our platform, to lend our voices to those who are not being heard," the team said in a statement posted on Twitter. They continued, "All too often we hear about the plight of our fellow man and fail to act. It is long due that these communities are being heard, seen, understood, and supported."

The Milwaukee Bucks kicked off the boycott on Wednesday when players refused to take the floor in a playoff matchup against the Orlando matchup.

The Bucks — the NBA’s team from Wisconsin, a state rocked in recent days by officers shooting Blake seven times in the back—said they are tired of the violence by police aimed at people of color.

“Some things are bigger than basketball," Bucks senior vice president Alex Lasry tweeted. “The stand taken today by the players and (the organization) shows that we’re fed up. Enough is enough. Change needs to happen. I’m incredibly proud of our guys and we stand 100% behind our players ready to assist and bring about real change."