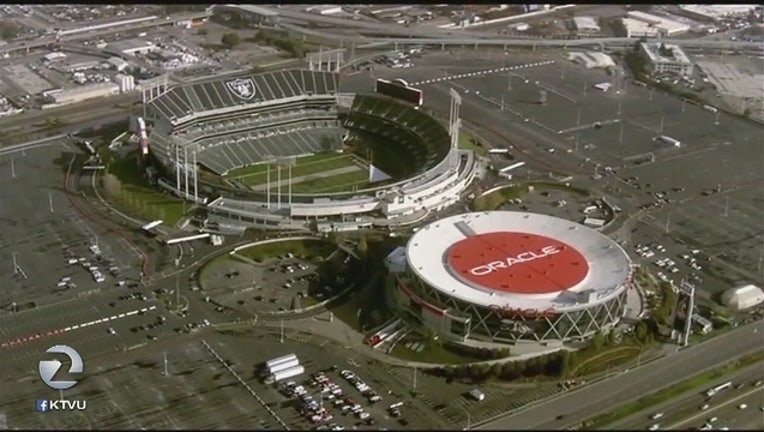 De La Fuente, who is one of the authority's eight commissioners, said a tentative agreement for a new lease for the Raiders had been reached late last year but fell apart after the city filed a federal breach of contract lawsuit against the Raiders and the National Football League for the move to Las Vegas.

The Raiders explored playing at other venues in the Bay Area, including Levi's Stadium in Santa Clara and Oracle Park in San Francisco, but nothing materialized so they resumed negotiating with the Coliseum Authority.

De La Fuente declined to say how much the Raiders will pay if they play at the Coliseum this fall, but said it would be more than the $3.5 million a year it paid under its previous lease and the amount also is more than what the tentative agreement late last year had called for.

According to De La Fuente, the lease agreement also would allow the Raiders to continue playing in the Coliseum in the fall of 2020 if the Las Vegas stadium isn't ready by then, which he said is a strong possibility.

De La Fuente, a former union leader, said the lease agreement is good for the 2,000 people who work at the Coliseum during games, since it will increase their hours and improve their chances of getting medical insurance.

He said if the Coliseum Authority commissioners approve the lease agreement on Friday, it would then still need to be approved by the Oakland City Council and the Alameda County Board of Supervisors.

The commissioners are scheduled to meet at the Oracle Arena Plaza Club at 7000 Coliseum Way at 8:30 a.m. Friday.