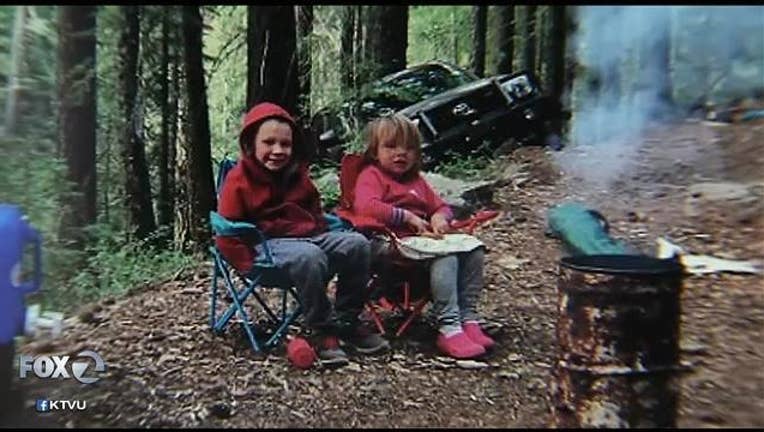 Nick Vlahos and two of his children were rescued Thursday night after disappearing in the mountains on May 5.

In an Instagram post, Vlahos apologized for the fear and worry he caused his family and friends. He also explained what happened and what went wrong.

Vlahos, an avid outdoorsman, said in the post that he had finished a camping trip with his parents on the Yuba River. On the ride home, he plotted out a dirt road from the campsite to La Porte.

"I wanted to show the kids two abandoned mining towns and how not only God, but hydraulic mining can move mountains," he wrote.

He wrote that he let his parents know of the route and set off with 5 gallons of water and enough food for a week. He also took various tools and supplies just in case because he knew enough to "come prepared for the worst."

As Vlahos and his kids were almost at their destination, he said they came across a tree with no way around it. He noted this is where he made the mistake of continuing on instead of turning back to leave the exact way they came in.

"I made the unwise and unsafe decision to find an alternative path, in the middle of nowhere, off the route I had shared with my folks," he said in the post.

After a few dead ends, he said they traveled upon soft dirt, which caused the truck to slide several feet down an embankment and get stuck.

The family did try to get the attention of rescuers by leaving bottles by the river and blankets in trees. The family was airlifted to safety on Thursday.

Vlahos, a barber by trade, co-owns Al's Barber Shop in Alameda. His business partner, Joe Polissky, said Saturday that he was extremely happy to have Nick home.

"He was worried more about us than himself," Polissky said. "He knew he was safe and he knew his kids were safe. He was more worried about what we were going through, which is very typical of Nick. He's an extremely selfless person."