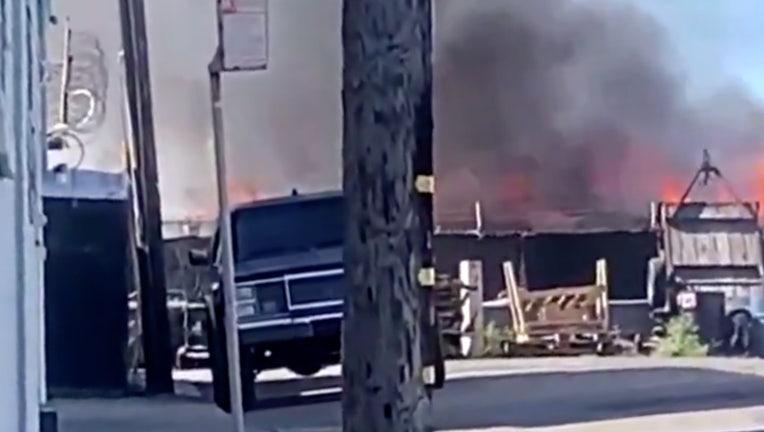 A screen grab from the Citizen App.

OAKLAND, Calif. - Oakland fire crews have responded to the 700 block of Douglas Avenue off Edes Avenue in East Oakland Sunday afternoon, where a recreational vehicle, several trailers and a shed are burning.

Union Pacific trains through the area, have been shut down until it is determined safe to resume operation, officials said.

"Unfortunately, the first due fire station to this area (Station 27), is browned out today," Oakland Firefighters (@oakfirelive) said on Twitter.