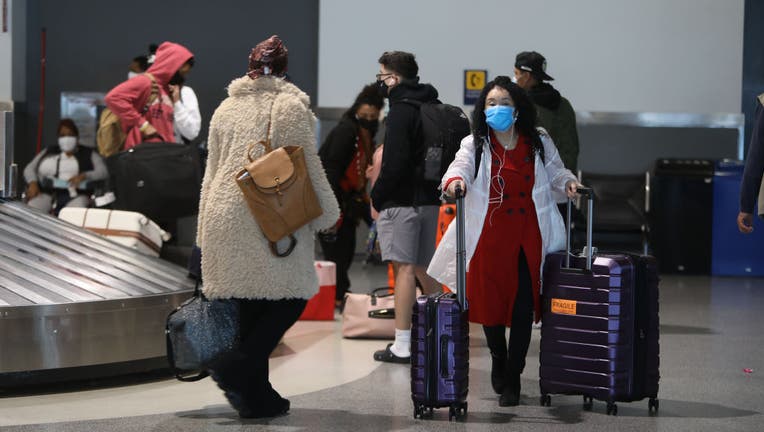 OAKLAND, CA - DEC. 22: Travelers collect their bags after arriving to the Oakland International Airport on Tuesday, December 22, 2020, in Oakland, Calif. Many people chose to ignore health officials"u2019 warnings to not travel for the holidays as th

OAKLAND, Calif -  Foot traffic at Oakland International Airport rebounded at a record pace between February and March, likely due to an increase in COVID-19 vaccinations, airport officials said Thursday.

Up nearly 60 percent, 182,000 more people traveled through the airport in March than in February, outpacing other airports in the region. Air cargo traffic was also up sharply.

On a 12-month rolling basis, foot traffic is off about 72 percent this year. About 3.5 million people traveled through the airport, compared with about 12.7 million in the same period a year ago.

Air cargo was up 22.6 percent in March compared to February. Airport crews moved 116 million pounds of cargo in the final month of the first quarter.