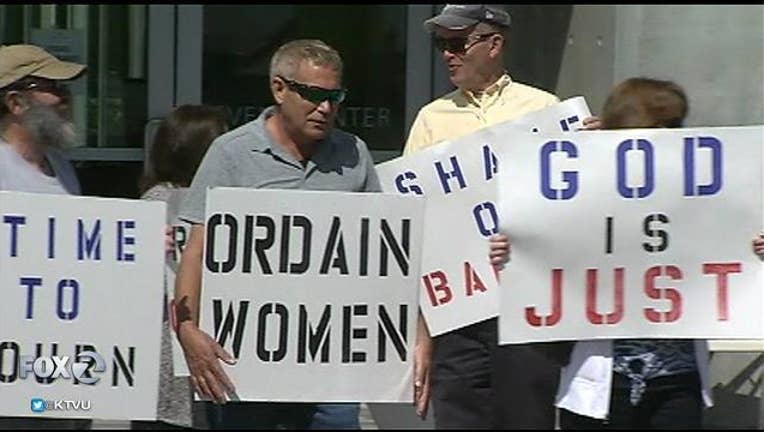 OAKLAND, Calif (KTVU) - Today marks his anniversary. Every Sunday for the last five years, Tim Stier has stood in front of Oakland's cathedral, in protest.

"I was a priest for 25 years, and I would much rather be in church," Stier says.

Instead, he's out front. He calls this a voluntary exile from the Catholic Church, and says he won't be back until there are changes to the policies on dealing with the LGBT community, women, and victims of abuse.

"So since then, I've been out of a job and I've dedicated myself to supporting those groups of people," Stier says.

Some days, he's out there practically by himself. Sometimes, others join him.

"Nothing happens if you don't do something. And so here we are," says protester Billy Bradford.

"I'm appalled with the contracts for the teachers. I mean to me it feels like a witch hunt," says protester Mary McHugh.

Some who attend services at Oakland's cathedral, say they don't mind passing the protest on their way out, but hope the protesters understand not everyone sees it their way.

"If they're going to keep that on a one way street, that's where I have a problem," says George Smith.

And while Stier continues to advocate for change, he says he doesn't always feel like he's being heard.

"Optimistic? That would mean I feel there was going to be change in my lifetime... I don't think so," he says.

But he says, after five years, he's not ready to give up yet.

"I keep getting motivated to keep coming back. But who knows, maybe there's a more effective way I could do advocacy," says Stier.