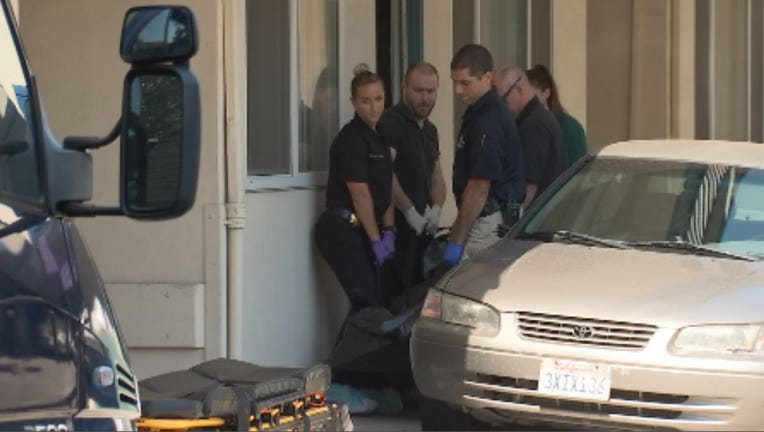 REDWOOD CITY, Calif. - A 30-year-old Oakland man has received a sentence of more than 42 years in state prison for fatally shooting another man at a home in Belmont in 2017, San Mateo County prosecutors said Wednesday.

Jovhon Stewart had been convicted in February of second-degree murder for the killing of Dejohn Jones, 24, who was shot early on the morning of Aug. 5, 2017, at Jones' ex-girlfriend's apartment on Ralston Avenue, according to the district attorney's office.

Jones had recently broken up with the girlfriend and was at her apartment that morning with his sister and cousin to get his television and other belongings. Several other people were at the apartment, including Stewart, prosecutors said.

Jones' ex-girlfriend was now Stewart's girlfriend and the two got into an argument, during which Stewart shot Jones four times -- twice in the back, once in the head and once in the arm, according to the district attorney's office.

Along with the murder conviction, a jury also convicted Stewart of felony dissuasion of a witness because he tried to dissuade his girlfriend from cooperating with police. Investigators learned of threats he made to her by listening to recorded jail calls, prosecutors said.

On Tuesday, Stewart received a sentence of 42 years and eight months in prison, with more than 1,000 days credit for time already served.

According to the district attorney's office, Stewart spoke at the sentencing hearing and took responsibility for the killing and apologized to Jones' mother.