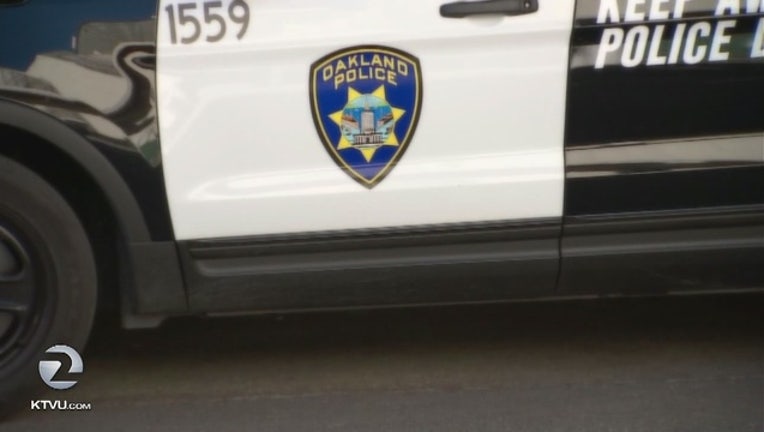 OAKLAND, Calif. (KTVU) - Police overtime has cost Oakland about $30 million a year for the last four years and the city needs to do a better job on tracking these dollars because 80 percent of the cases were missing the proper documentation, according to a city audit.

According to the June 10 audit by City Auditor Courtney Ruby, 217 Oakland police officers – nearly 30 percent of the total force – each accumulated about 520 hours of overtime last year, amounting to more than $30 million in total overtime pay.

In response, City Administrator Sabrina Landreth agreed with most the audit but explained that the council has continually underbudgeted for police overtime, and needs to adopt an updated policy from the one first created in 1999, when Jerry Brown was mayor. Landreth said the police and administration will implement 17 of the 21 recommendations.

Oakland police received KTVU's request for comment and stated in an email they would follow up with the city. However by the end of Monday, no comment had been released.

According to the audit, only about one third of the overtime hours paid out in the most recent fiscal year went towards what is traditionally thought of as overtime work, like filling in for another officer or working beyond the regularly scheduled shift. The scope of the report was through fiscal year 2017-2018.

Special events — which include sporting events, parades, protests and concerts — was the largest category – 42 percent - of overtime in both the most recent fiscal year and the several that preceded it, the report found.

Robert Fellner from Transparent California pointed out that's how police officer Malcolm Miller has been able to accrue $2.45 million in pay, benefits — and about $900,000 in overtime —  in 2017-2018.

Miller was also the "one officer…responsible for most decision-making" regarding who gets assigned to work these special events, such as Golden State Warriors games, at overtime rates. In 2016, Transparent California named Miller Oakland's highest paid employee for the third year in a row. Miller emailed KTVU that he'd let the public information office respond.

While not mentioning him by name, the audit noted that "he consistently assigned himself to work many of the special events," which led to the conclusion that, "more management oversight is needed immediately to ensure that the process is fair and appropriately staffed."

Oakland allows overtime because officers can accrue 1.5 hours of "comp time" for every hour of overtime worked. When an officer cashes in that comp time and isn't working, colleagues have to work overtime to fill the gap. That creates a cascade of additional overtime pay—10 hours of overtime creates 15 hours of comp time, which some other officer has to work, earning 22.5 hours of comp time, for example. A total of 50 officers received 368 hours in comp time valued at $27,8000 in 2017-18, the report found. The audit noted that it is against city policy for officers to receive comp time for working special events.

* Oakland police still does not collect payments in advance of special events as city code requires.  The auditor noted that in 2017-18, the city received about $6 million in reimbursements to offset the overtime costs associated with special events, but the average time it took was 45 days to get  paid.

* Oakland police do not enforce voluntary overtime policy and do not have a policy limiting the number of overtime hours that an employee can work in a fiscal year. The audit found three sworn staff who worked more than 70 days without a day off, in violation of department policy.

* Auditors found 3,600 instances where Oakland police officers worked overtime when they were on paid leave, such as sick, holiday, bereavement, military and family medical leave. Holiday leave accounted for 96 percent of these instances.

The auditor noted that there is a more positive side. Oakland police have hired more officers, eliminating the practice of mandatory overtime.

In a letter to the auditor, Landreth said that the police department has made several improvements since the last overtime report in 2015, which showed a $13.5 million jump from 2010. She agreed, however, with most of the recommendations in the report including: adding new officers and working with the city's IT department to upgrade its scheduling system known as Telestaff, which will allow employees to enter overtime hours along with a narrative justification and require a supervisor's approval.

Landreth did not wholly agree with the auditor's recommendation that the planning and scheduling responsibilities for special events be moved to a unit where there would be no inherent conflicts. She said there should be more oversight, but that the special events coordinator  position should remain as is, as that person is often working "at the request of the customer."

Landreth also explained that it is not feasible to demand payment for a special event before it happens because it is "administratively burdensome in an organization that is understaffed." Actual costs, she noted, vary from initial estimates and requiring two invoice and payments would double the amount of work for the clerk.

Ruby's audit said that the inefficient overtime pay system not only costs taxpayers millions but also diminishes the police work.

"Workload fatigue can lead to poorer perceived health, increased chance for injury, and illnesses," the audit report read. "Specifically, in high-stress, unpredictable environments like police work, fatigue, in turn, can lead to a greater chance for poor decision-making, which may have health and safety consequences for officers or for the community that they serve."

EDITOR'S NOTE: This story was updated to reflect that Officer Malcom Miller earned about $900,000 in overtime pay over five years.