Kirkpatrick has faced criticism since Mayor Libby Schaaf appointed her in January 2017.

Schaaf thanked Kirkpatrick for her service, but said a new leader needs to move the department forward. 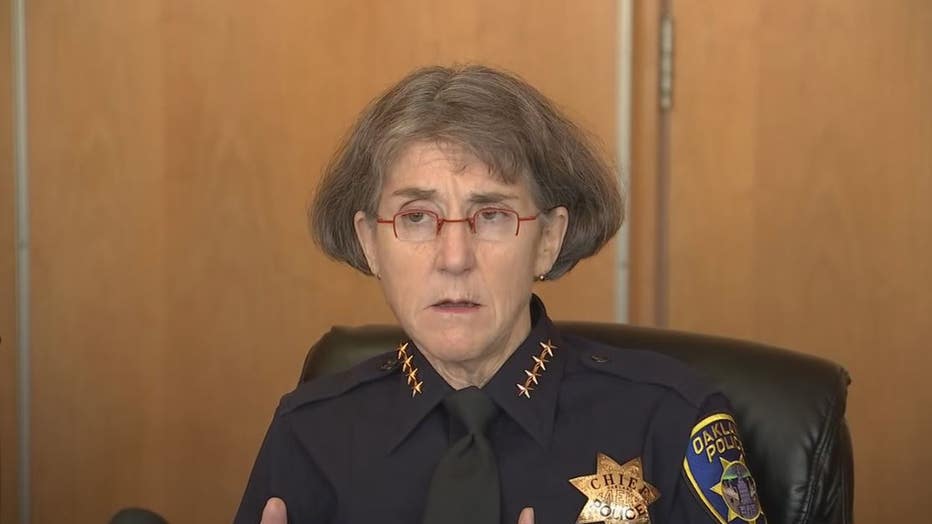 The chief has been at odds with Robert Warshaw, an independent court-appointed federal monitor, overseeing reforms at the department after the deadly officer-involved shooting of Joshua Pawlik in West Oakland in 2018.

The chief said a sergeant and three officers who fired their guns were justified in using deadly force. But Warshaw, and the Police Commission said the officers should be fired because Pawlik, who was homeless and mentally ill, didn’t pose a threat.

Last March, the federal monitor said that the department had fallen behind in making reforms related to its use of force tactics. And last month, the same federal monitor found that Oakland police failed to properly activate their body cameras nearly 20% of the time.

"There are a series of other issues that have contributed to losing the confidence. We didn't think that she was going to be the most effective chief in Oakland," said Oakland Police Commission chair, Regina Jackson.

Kirkpatrick inherited the department in disarray after a scandal involving officers and a teenage girl who was used for sex.

Mayor Libby Schaaf said she chose Kirkpatrick because she would hold officers accountable. The mayor also praised the chief for her warmth and for her charm.

Kirkpatrick is eligible for a year's worth in severance pay.

Interim assistant Chief of Police Darren Allison is now acting chief of police until a new chief is appointed. He issued a statement following the chief's firing that said, "We will work hard to achieve and maintain stability, continuing to focus on public safety, service, and community...In true form, we will persevere together as an OPD family."

Officers with the Oakland Police Officers' Association said they are ready to work with the next chief. A nationwide search for Kirkpatrick's successor is now underway.