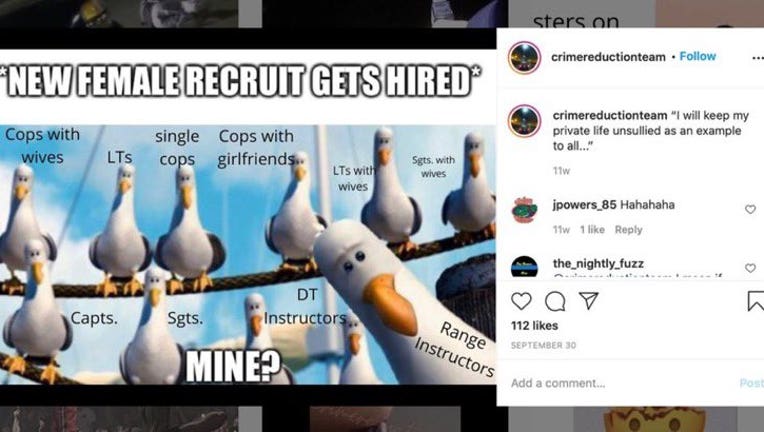 OAKLAND, Calif. - The City of Oakland confirms that personnel with Oakland Police Department have been disciplined for their use of a now-deleted Instagram account that contained racist and sexist material, officials say.

The nine who violated department policy range from police officers to lieutenant. On Friday, sources told KTVU a 10th officer created the social media account after being fired for his role in the controversial 2018 shooting of Joshua Pawlik, who was homeless.

Two of the officers implicated are now with other departments. The city said those departments have been notified of their findings.

The police department became aware of the Instagram back in January that posted content that was sexist, racist and in the city's words was, "deeply offensive" and "totally unacceptable."

According to Mayor Libby Schaaf's office, "the account elevated subversive memes that criticized the policies and cultural changes that have made OPD a nationally recognized leader in progressive, constitutional policing."

In a statement, Schaaf said in part, "Sexist and racist behaviors are far too prevalent in our culture and have no place in our public safety institutions. I wholeheartedly and strongly condemn any behavior, including online communications, that supports or engages with sexist or racist tropes."

As part of a third-party investigation, as many as 140 work phones were seized from OPD officers so that information like IT records and online histories could be scraped. The investigation sought who created the account and who engaged with the offensive material and violated policies. The city noted they worked within the parameters of the constitution.

The disciplines announced were part of a separate independent investigation by Oakland's Community Police Review Agency.

The City says the department is making an effort to ensure this does not happen again, through training, audits and other protocols.