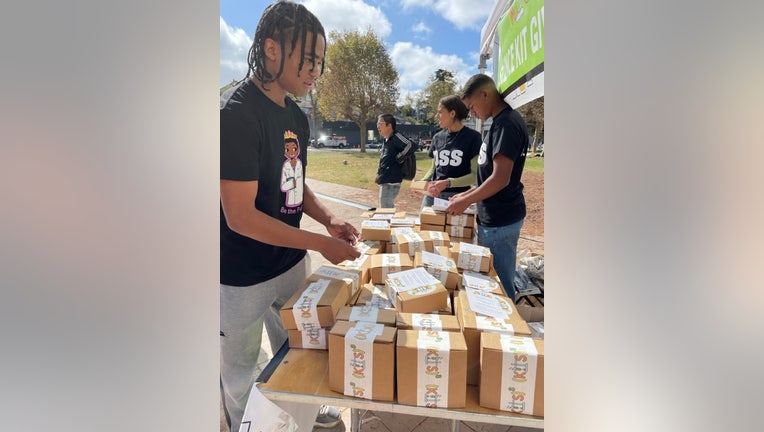 OAKLAND, Calif. - With the sun beating down on the Oakland Technical High School campus on Saturday, it was a warm and inviting atmosphere to learn, to be inspired, and to open young minds to the wonders of science. Stanford University's Ahmed Muhammad brought together thousands of members of his community to his alma mater for his non-profit's second annual STEM Fair. 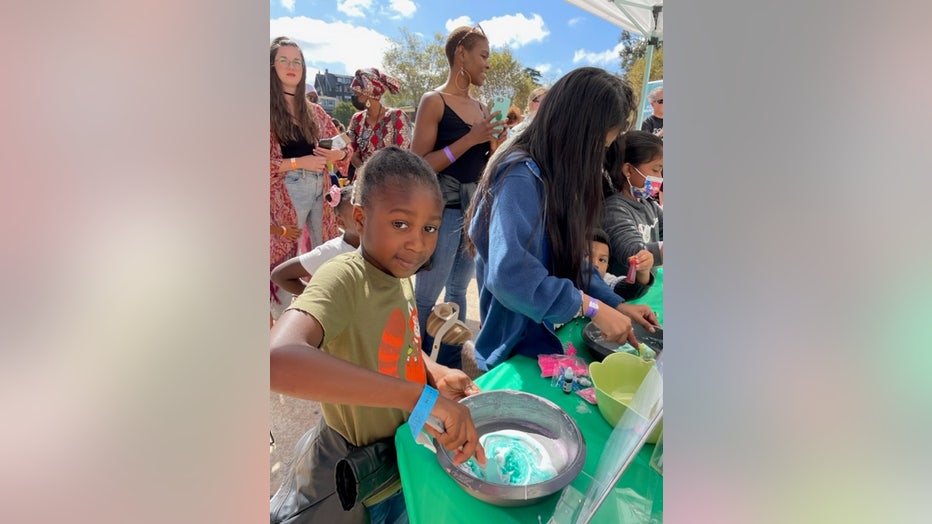 KitsCubed gave out 1,000 specially designed science kits for the event. 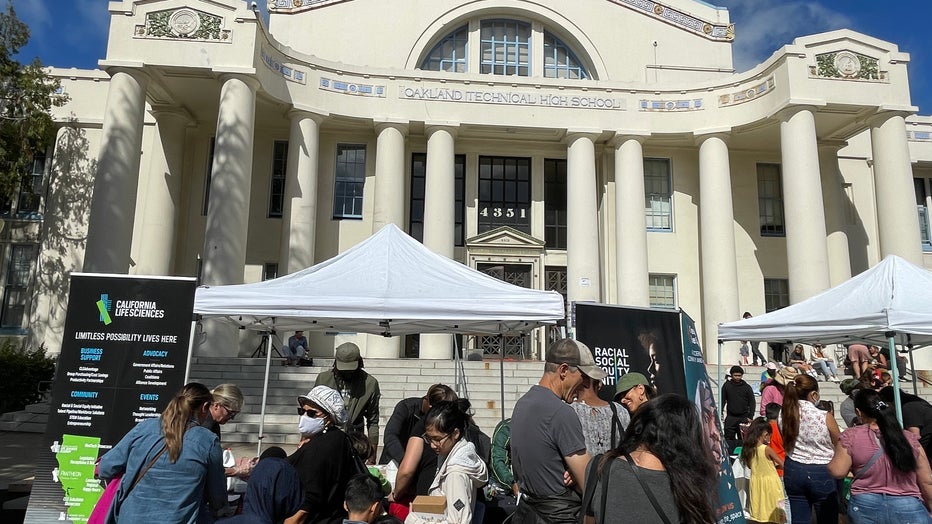 The fair, presented in partnership with title sponsor California Life Sciences, drew kids (and their parents) who were eager to take part in hands-on experiments, to witness chemical reactions, to test out the principles of electrostatics, to build things, and some even got to pet a ball python. 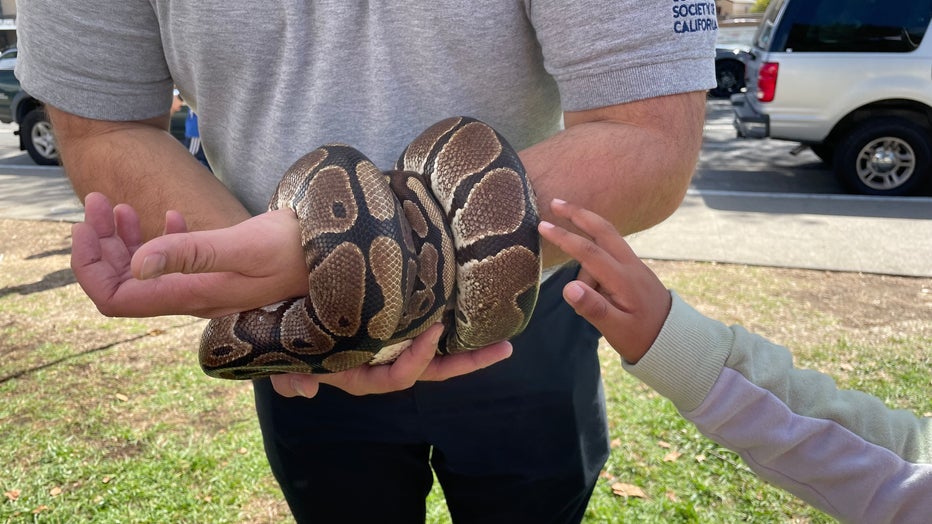 The Oakland Zoo let kids get acquainted with its ball python as part of KitsCubed 2nd annual STEM Fair on Saturday, Sept. 17, 2022 in Oakland, Calif.

They were learning, all while having fun. 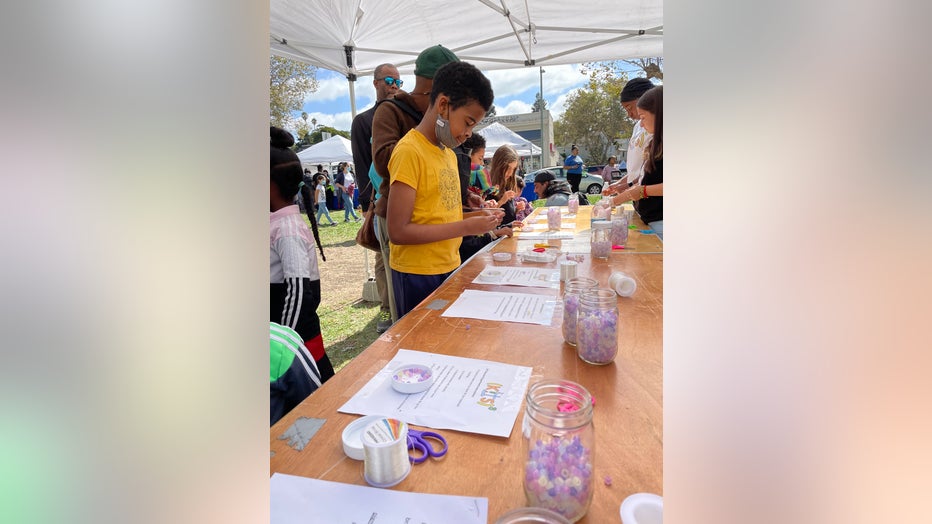 And for Muhammad and his KitsCubed team, it was mission accomplished. The non-profit, which launched out of the then 17-year-old high school student’s garage in 2020, began with the aim to make science engaging, fun and affordable for kids, all while bridging a gap in communities where young students lack access to hands-on science learning.

To that end, KitsCubed has since distributed thousands of free science kits to students across Oakland Unified School District (OUSD).

The non-profit has also held free science summer camps, and this past month, the group took it to the next level and went into classrooms around the city for what it called a "Month of STEM."

And it appeared KitsCubed sparked an interest in many of those young students.

"My favorite part was seeing so many excited kids that myself and Kits Cubed taught from our most recent Month of STEM initiative," Muhammad shared with KTVU, adding, "We had been going into schools and teaching science to, in total, close to 2,500 students. And on Saturday, many of our students were so excited to come out to the STEM Fair."

The college student said the feedback he got from parents as well as other community members was extremely positive and encouraging. The kids reactions just reinforced what KitsCubed was all about.

"Students are telling me that they went from hating science, to loving it, to wanting to be scientists, and they are asking me and Kits Cubed to come back regularly to teach science and to teach in their after school programs as well. They tell us that we make science fun," Muhammad said.

KTVU has followed Muhammad’s journey since shortly after he launched KitsCubed, including covering him when he became the first Black male valedictorian of Oakland Tech when he graduated last year.

In one of our first interviews with him, he stressed the importance of how much his success was intertwined with his community and how much he believed in giving back to lift up the youth who came after him, just as he was empowered and inspired by the young role models who came before him.

While Saturday's fair was one that was designed for Oakland grade school kids, there was also strong evidence demonstrating that Muhammad’s work was having a ripple effect through the city’s older kids. There was a palpable presence created by the dozens of teens from across Oakland who volunteered to help out on Saturday. 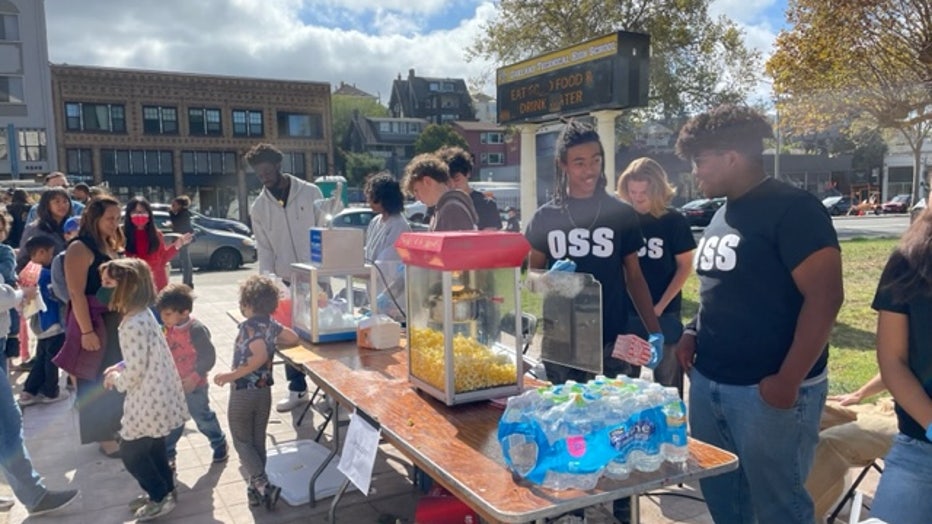 Some 40 teens volunteered to help out for KitsCubed 2nd annual STEM Fair at Oakland Technical High School in Oakland, Calif. on Saturday, Sept. 17, 2022.

From setting up, to checking in kids and their families, to passing out food, and of course leading the science demonstrations, young people ran the event.

KitsCubed, which has also had a mission to be an organization that was youth-led, has clearly accomplished that goal as well, inspiring teens from across the city to be a part of a movement to help educate young kids and help spark their scientific imagination.

The STEM Fair was a culmination of summer events put on by Muhammad and his organization, who just happen to mark his 20th birthday on Saturday.

The young man planned to return to Stanford on Thursday to focus back on school where he closed out his first year achieving a 4.05 grade point average.

And when he gets back into school mode, he’ll do so knowing his impact and influence on his community was ongoing, reaching not only the youngest students but providing the older ones with a model to give back and make a difference.

The fair he said, further fueled him in the work he and his team were doing. He said it was a beautiful thing to witness when he looked out into the crowd.

"I was in awe at the hundreds of young scientists buzzing about their latest discoveries and newfound love for science," Muhammad shared. "It showed me that we are doing something right with our Kits Cubed programming, and provided added motivation to continue doing the good work until every single child has the chance to be inspired by science." 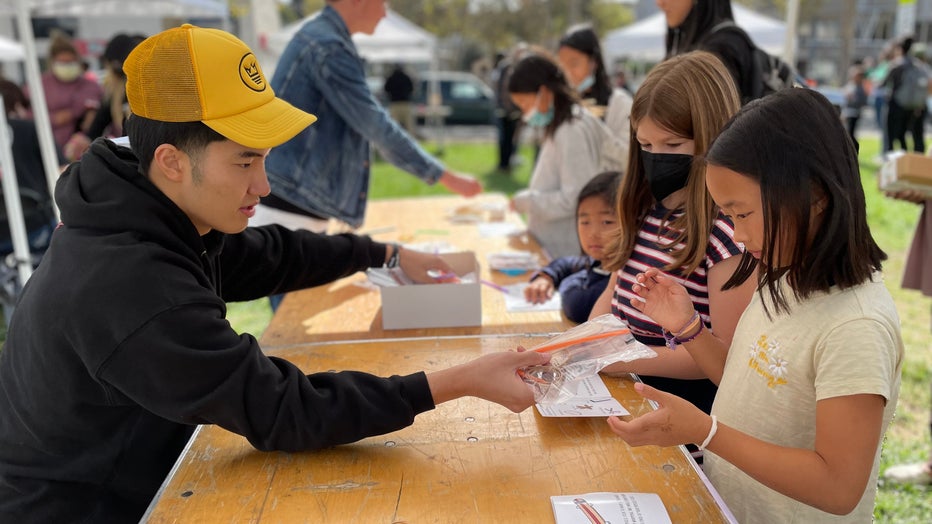 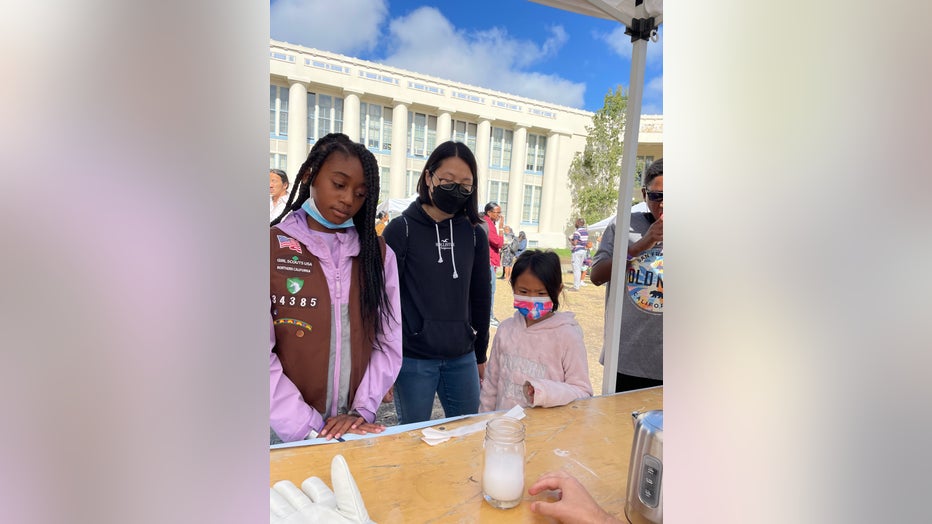 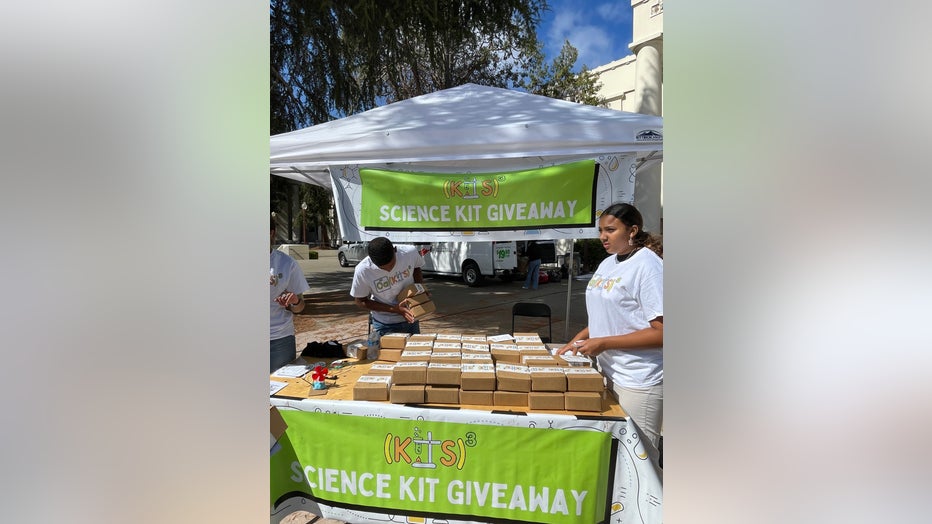 1,000 free science kits were given away as part of KitsCubed 2nd annual STEM Fair at Oakland Technical High School in Oakland, Calif. on Saturday, Sept. 17, 2022. 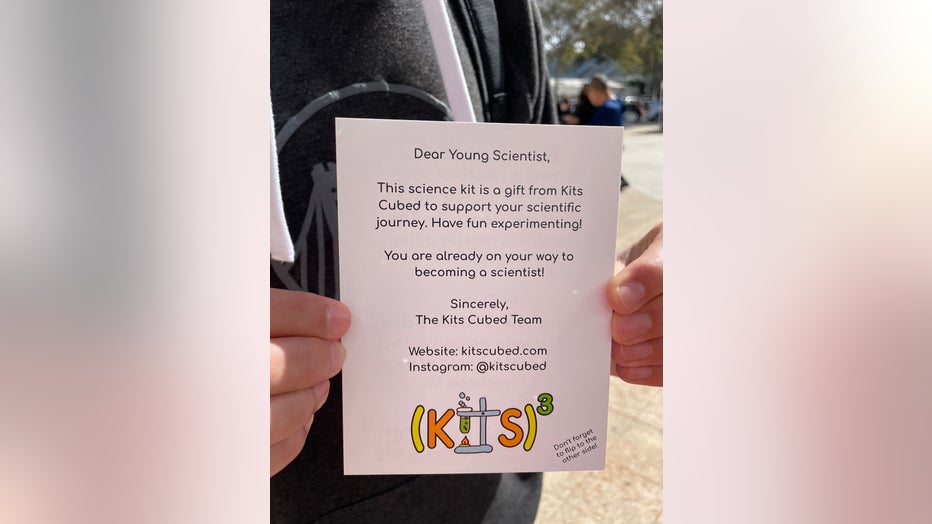 1,000 specially assembled science kits were given away as part of KitsCubed 2nd annual STEM Fair on Saturday, Sept. 17, 2022 in Oakland, Calif.