Cars will soon be restricted from 74 miles of Oakland's residential streets during the coronavirus-inpsired shelter-in-place, a move bicycle advocates wish would happen in other cities. Allie Rasmus reports

OAKLAND, Calif. - Cars will soon be restricted from 74 miles of Oakland's residential streets during the coronavirus-inspired shelter-in-place, amove bicycle advocates wish would happen in other cities.

The emergency measure, called “Oakland Slow Streets,” will limit motorized vehicles from 10% of the roadway space in Oakland, beginning on Saturday.

Oakland Mayor Libby Schaaf announced at a virtual town hall on Thursday that the temporary move is intended to be a boon for people mostly trapped in their homes, and whose only respite comes from trying to take a jaunt outside in their neighborhoods.

The sidewalks have sometimes become so congested that people have veered into the streets to uphold social distancing rules. 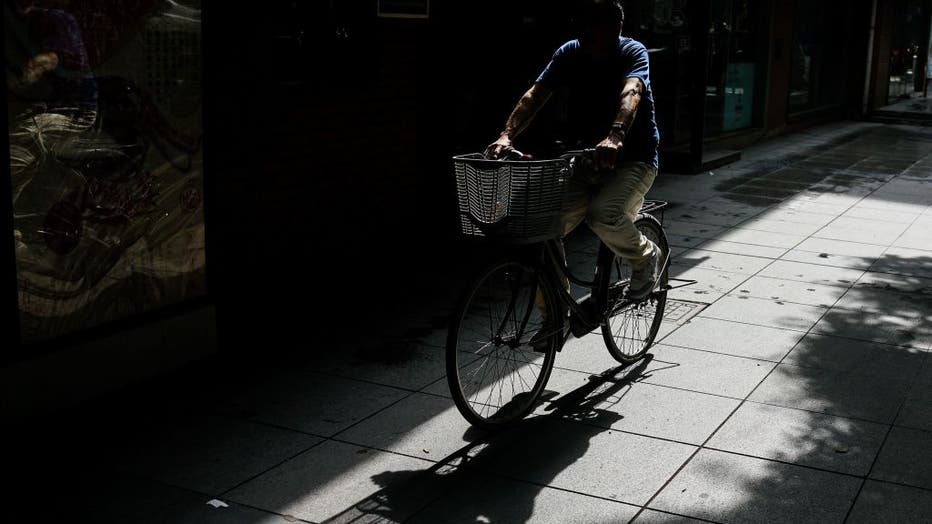 “Because of the reduction in car traffic we will be closing off a number of streets, so that bicyclists and pedestrians can spread out and exercise and take in fresh air safely,” Schaaf said.

Alexandria McBride, Oakland's chief resilience officer, said it's important to the city that the street closures are "equitably distributed across neighborhoods in Oakland."

Drivers who live in these neighborhoods will still be allowed to enter in and out of their homes, Ryan Russo, the city's head of the Department of Transportation, said.

The city hoping that people will voluntarily comply for now, and city workers will be setting out cones, signs and some barricades to let drivers know.

Based on the map the city provided, the closures will follow the city's existing and proposed bike routes. For example, Chabot Road in Rockridge is included in the closure, as well as parts of Mountain Boulevard, Lakeshore Avenue and a long stretch of Golf Links Road.

Other closures include: 21st Avenue and Excelsior, East 16th Street in Fruitvale and a broad stretch of 32nd Street in West Oakland.

Oakland is not the first city to limit cars from streets during the coronavirus quarantine.

Streets were closed in Denver last week as a way of providing some relief to city parks that are getting heavy use from urban dwellers enduring a stay-at-home order, according to the Denver Post.

In the Bay Area, San Francisco started the car-free movement, which had nothing to do with coronavirus. In January, Market Street in San Francisco became off-limits to cars.

Dave Campbell of Bike East Bay told KTVU this is the right move.

"With traffic volumes down, and the need for more people to get out of their homes and get excericse, this is an opportunity make better use of our streets," he said.

The Twitter account "Walk Bike Berkeley" said this move is "EXACTLY" what they've been asking Berkeley to do and they linked to a petition that more than 200 people have signed.

Others were urging similar closures in New York City and Cambridge, Mass.

Allie Rasmus is a reporter forKTVU.  Email Allie at allie.rasmus@foxtv.com and follow her on Twitter@arasmusKTVU