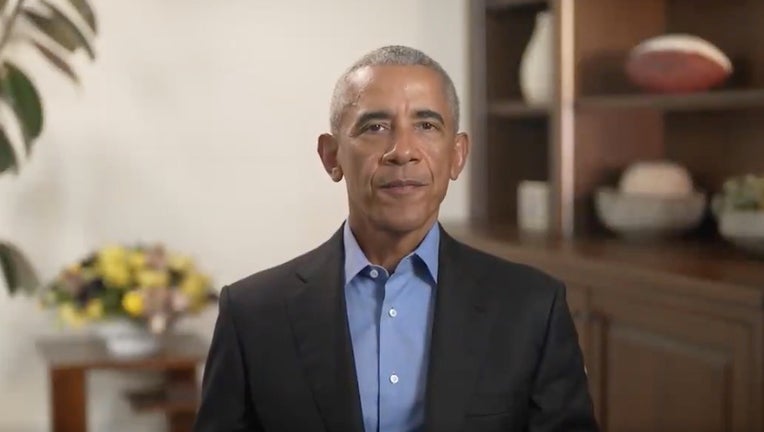 Former President Barack Obama appears in a new ad in support of California Gov. Gavin Newsom as the Sep. 14 recall election draws near.

SAN LEANDRO, Calif. - Former President Barack Obama starred in a new ad urging Californians to vote "No" on the recall of Gov. Gavin Newsom as the election draws near.

"You've got a big choice to make by September 14," Obama says in the video. "Governor Newsom has spent the last year-and-a-half protecting California communities. Now Republicans are trying to recall him from office and overturn common sense COVID safety measures for healthcare workers and school staff."

The former president refers to the Republican-led push to drive Newsom from office over the governor's handling of the coronavirus pandemic and the economy. Some business owners and parents have expressed frustration over long-lasting restrictions on businesses, mask mandates and school closures. In contrast, Newsom has sought to nationalize the recall campaign, tying the effort to restrictive voting laws passed by Republican legislatures and warning during a campaign event last weekend that "we did not defeat Trumpism" in 2020.

Newsom’s campaign advisers projected confidence Wednesday, saying the governor’s decision to make the state’s coronavirus response a key piece of the campaign will amount to a winning message.

The governor has also enlisted the support of his friend and longtime supporter, Vice President Kamala Harris and President Joe Biden. The national political figures are trying to appeal to the governor's Democratic base, amid concerns about liberal voter turnout in the September vote.