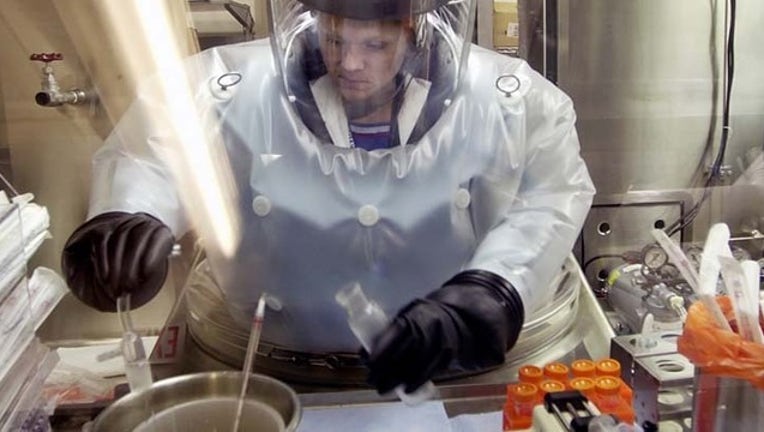 STANFORD, Calif. (KTVU and AP wires) – Stanford University officials acknowledged Thursday that they were one of the facilities sent a small quantity of live anthrax spores by mistake from the U.S. Army last July.

But they said in a statement there was "no threat to campus or public safety from the shipment" to a lab at the Stanford School of Medicine.

Once notified, officials said, the university immediately launched a thorough safety review of the laboratory where the material was handled by two individuals under appropriate biosafety guidelines.

The material was received by the lab July 22nd and last opened by the lab on July 29th. The single vial has been sent to the U.S. Centers for Disease Control (CDC) for analysis.

Meanwhile, Army's top general said human error probably was not a factor in the mistaken shipment of live anthrax samples to numerous U.S. government and commercial laboratories in the U.S. and in South Korea.

Gen. Ray Odierno, the Army chief of staff, told reporters the problem may have been a failure in the technical process of killing, or inactivating, anthrax samples. The process in this case "might not have completely killed" the samples as intended before they were shipped, he said.

Odierno said the Centers for Disease Control and Prevention is investigating that aspect of what went wrong at Dugway Proving Ground, the Army installation in Utah that sent the anthrax to government and commercial labs in nine states across the U.S. and to an Army lab in South Korea.

The general said he was not aware that such a problem had surfaced previously at Dugway.

"The best I can tell, it was not human error," he said, adding that normal procedures had been followed.

The Pentagon disclosed on Wednesday that at least one of nine labs in the U.S. that received anthrax from Dugway got live rather than dead bacteria. It has not identified any of the U.S. laboratories by name but said they are in nine states: Texas, Maryland, Wisconsin, Delaware, New Jersey, Tennessee, New York, California and Virginia.

Officials on Thursday said the government labs that received the suspect anthrax from Dugway were at the Army's Edgewood Proving Ground in Maryland and the Naval Surface Warfare Center in Virginia. The rest were commercial labs, which the Pentagon has declined to identify, citing legal constraints.

U.S. officials at Osan Air Base in South Korea said in a statement that the anthrax bacteria it received for training purposes "might not be an inert training sample as expected," and as a result, the suspect anthrax was destroyed by hazardous materials teams Wednesday. They said 22 people at Osan "may have been exposed" to the live anthrax and were given precautionary medical measures, including examinations, antibiotics and vaccinations.

"None of the personnel have shown any signs of possible exposure," the air base said in a written statement.