With the start of school just days away for some California districts, the state schools superintendent announced a partnership with two tech giants to help connect up to 1 million students with internet capability and computers.

SACRAMENTO, Calif. - California Superintendent of Public Instruction Tony Thurmond announced on Wednesday that the California Department of Education is working with Apple and T-Mobile to connect up to one million students with technology and internet services as most schools across are starting the next school year in distance learning.

At least 100,000 devices can be ready to arrive through the back-to-school time frame, according to Apple and T-Mobile. The companies expect to be filled by the rest of the school district orders through the end of this year.

The Department of Education's partnership with Apple and T-Mobile comes as the Governor’s Office and lawmakers included $5.3 billion in one-time funding in the state budget for schools to strengthen distance learning heading into the same year. 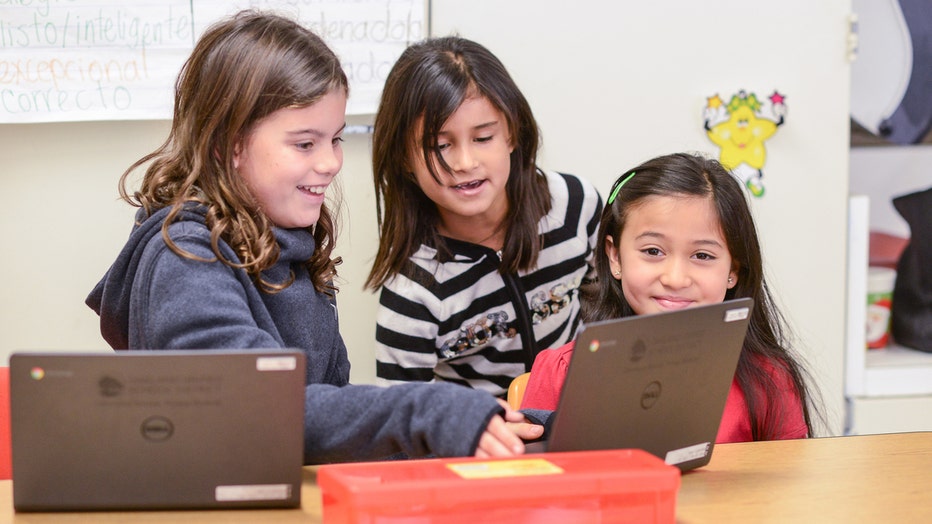 Thurmond said these funds can be used immediately for purchasing needed technology. Under the arrangement, T-Mobile will provide discounted service and Apple is offering special pricing for iPad + cellular, which has been available to schools on top of its education volume pricing.

The price for an iPad and connectivity for a year could cost about $580 per student.

Back to school at OUSD

OUSD Superintendent Kyla Johnson-Trammel discusses going back to school in the age of coronavirus.

At a recent news conference, Thurmond said there were still "hundreds of thousands" of students who still don't have adequate technology at home, whether it be computers or internet access. California has six million public school students, and Thurmond said that 97% of the schools plan to open with remote learning.

T-Mobile has already connected hundreds of thousands of kids for virtual learning in over 300 school districts nationwide, the company said.

“Education is the great leveler in our society but only if everyone can access it. The pandemic has exposed just how widespread and detrimental the digital divide really is for millions of children in this country,” said Mike Katz, a T-Mobile vice president.

At a news conference, Katz acknowledged that not all communities have T-Mobile, but he did say his company covers "99%" of California.

The California Department of Education will provide instructions to school districts to submit orders to Apple and T-Mobile.