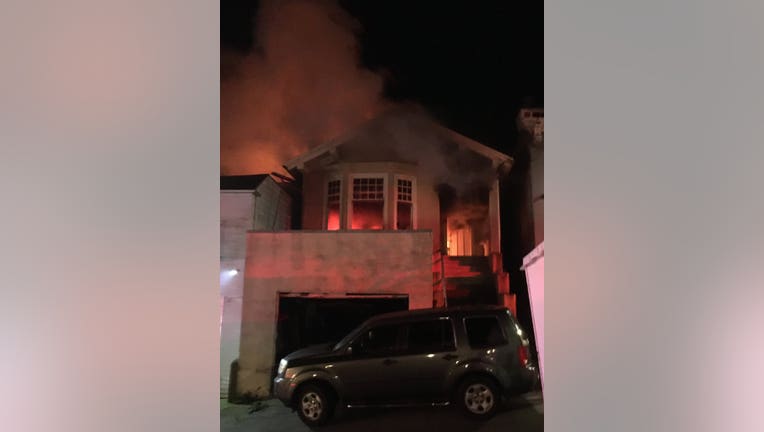 DALY CITY, Calif. - One person was injured Saturday in a residential structure fire in Daly City.

Firefighters with the North County Fire Authority responded Saturday at 9:17 p.m. to 1137 Hanover Street on a report of a house fire.

Responding firefighters saw heavy smoke and flames coming from the second floor of a single-family home.

Crews were able to extinguish the blaze, but the second floor of the home sustained extensive fire and smoke damage due to the fire.

The first floor of the home sustained minor damage.

One adult resident was transported to the hospital with minor injuries suffered while escaping the fire.

There were no reports of injuries to firefighters.