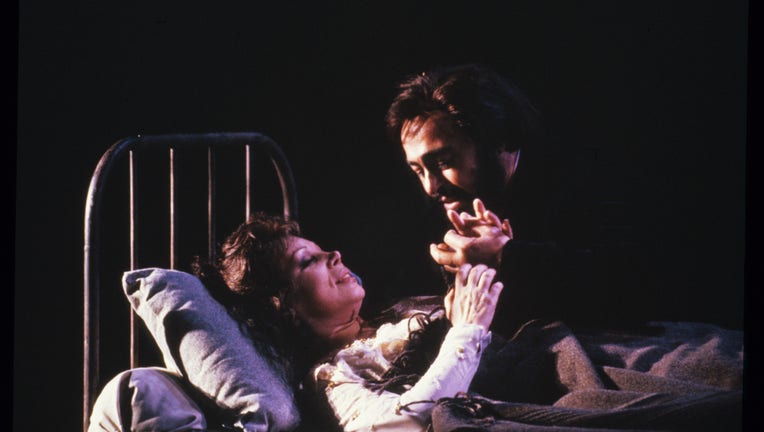 I often tell people I go to the opera to cry. But the first time I went, I went for the french fries.

My Dad took me and my sister to San Francisco for a day trip. We were going to see La Boheme at the War Memorial Opera House, and then go to the Hard Rock Café. By all measures, my sister and I were more excited for the dinner afterward, but having our Dad all to ourselves was a nice bonus:

I come from a family of four children, and as any parent of multiple children knows – that one-on-one (or one-on-two) time is rare and invaluable.

La Boheme is about love and loss, but I am certain I was not equipped to understand the story  as anything other than singing about one’s sadness. I wasn’t yet a teenager and too young to fully appreciate the emotions and artistry being shown on the stage.

Dinner at the Hard Rock Café was a total success, however. Sitting inside the restaurant on Van Ness Avenue, I felt like we were a part of high society in San Francisco: a real departure from our everyday lives in Livermore. 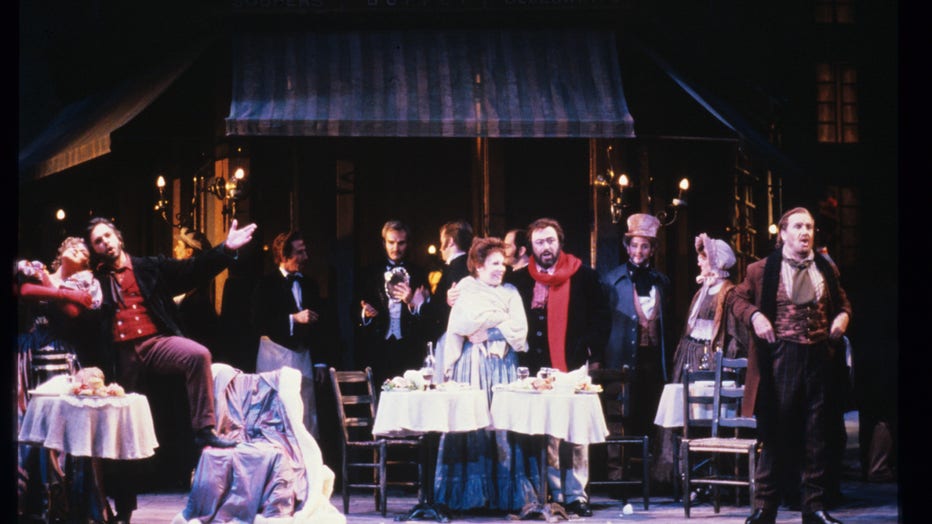 A performance of La Boheme starring Luciano Pavarotti and Mirella Freni at San Francisco Opera in 1988.

I didn’t go to another opera for decades – until I was working in Houston, in 2003. I saw an advertisement for a free plazacast by Houston Grand Opera of La Traviata (again, love and loss) starring American soprano Renee Fleming. Hers was the only name in opera I knew at the time other than Luciano Pavarotti. The opera company was to perform La Traviata on stage inside the Wortham Center, and the performance would be simulcast outside the theater.

My husband and I packed a picnic, brought a blanket and enjoyed a fabulous night under the stars. This time, I had enough “life” behind me that I could understand the feelings of love, desperation and grief I was seeing play out on the stage.

And I thought about the only other time I’d been to the opera, all those years ago in San Francisco, and realized that my Dad was trying to share something he loved, with the children he loved. Even though I didn’t “get it” then, I finally understood.

After the performance, the singers took their bows on stage and we cheered from outside. As we stood to gather our things, Renee Fleming came out, on the back of a golf cart – exactly as she’d appeared on stage moments before. That she, a star, in every sense of the word, would come out to greet those of us who hadn’t paid a cent to support her art or her effort made such a big impression on me. She seemed truly appreciative that we were there, and we clapped like mad for the woman who’d just died the most beautiful and expressive death I’d ever seen (I love a good death scene to this day).

We went to as many outdoor operas and other performances we could find – and there were plenty in Houston – until we moved back home to the Bay Area. I was delighted when San Francisco Opera announced it was doing a simulcast in front of City Hall in 2006, and packed the same blanket and another picnic, rallied my family, and watched Madame Butterfly across the big screen with thousands of others at Civic Center Plaza. Opera at the Ballpark came next, and it was more of the same: free, family-friendly fun, and a chance to see and hear things that I otherwise wouldn’t have access to.

Over the years, I started going to performances inside the War Memorial Opera House – often with my Dad, sometimes with my Husband, and now, with my two sons. We recently dragged them to a performance of Hansel & Gretel, and the whole afternoon was a total success. The story was familiar to them, the performance was in English, and seeing two adults portraying children -- and eating cookies, candy and cake while singing -- was as much as thrill for them as it was for me.

Of course, Hard Rock Café moved to Pier 39 years ago, so we had to “settle” for dinner afterward at The Grove. I am sure they had French fries, and I may have as well. 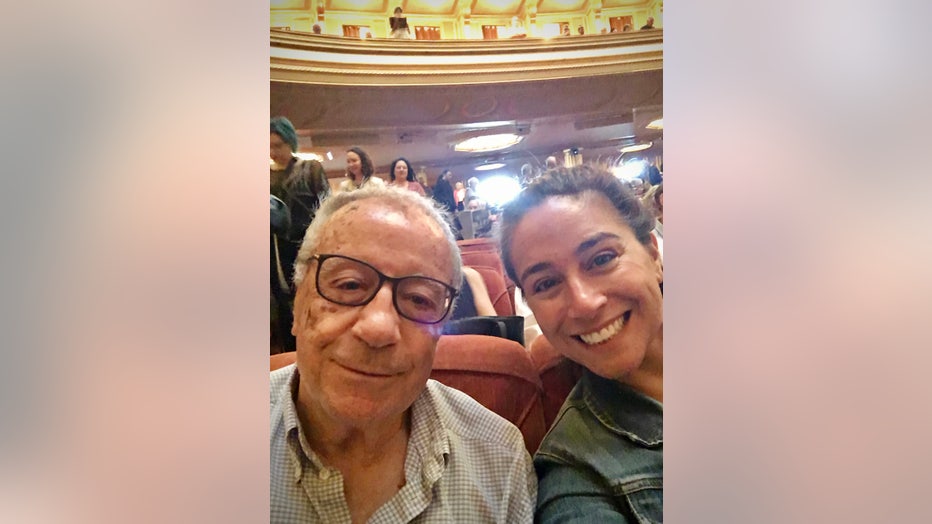 Thanks to my Dad, I’ve expanded beyond what I call the “Looney Tunes operas” (with songs we’ve all heard in cartoons and Kleenex commercials). My Dad wanted to see Rusalka, a Czech opera I’d never heard of, that is somewhat similar to the story of The Little Mermaid. I said yes because it was his turn, and it ended up being one of my favorite operas of all time.

Every time my Dad and I go to the opera, I send my Mom and husband a selfie to prove that we made it – and that’s what you see in this story. As you can tell, the opera isn’t all about fancy gowns and tuxedos any more. You still see people dressed to the nines, but since we are taking BART and walking a good bit on either end, I am happy to say that comfortable, casual wear is very much accepted. Plus, we go to matinees, which tend to be a little less formal and family-friendly.

I am thrilled to be able to share my love of opera with my Dad, and my own children. I have not taken them to see La Boheme, but reserve the right to do so in the future. Going to the opera feels so special, and it should! It takes an incredible commitment of time, money and attention to make it all come together. That’s why I am so thankful San Francisco Opera (and San Francisco Ballet and San Francisco Symphony) have family-friendly programming throughout the year that makes it a lot less intimidating for someone who’s never been to a performance before. Often times the ticket prices are lower for a child’s ticket, and the programs are shorter and more easily understood. Best of all, each organization has free performances, often in outdoor venues, for all to see and hear. Between Opera at the Ballpark, and the Symphony and Ballet at Stern Grove, you can take part in a communal experience led by the best musicians and artists in the world for the price of a BART ticket, and picnic fare. I can’t wait to see those performances again.

Until then, here are a few recommendations for experiencing the arts onlineI know it’s not the same, but it is more than enough to get me through the days when I need someone to show me that it’s ok to have emotions that are off the charts – the deepest, lasting love that transcends earth and time, the most intense longing that only grows stronger with time, a painful sorrow that will never ease – until the curtain comes down, and the audience bursts into applause. 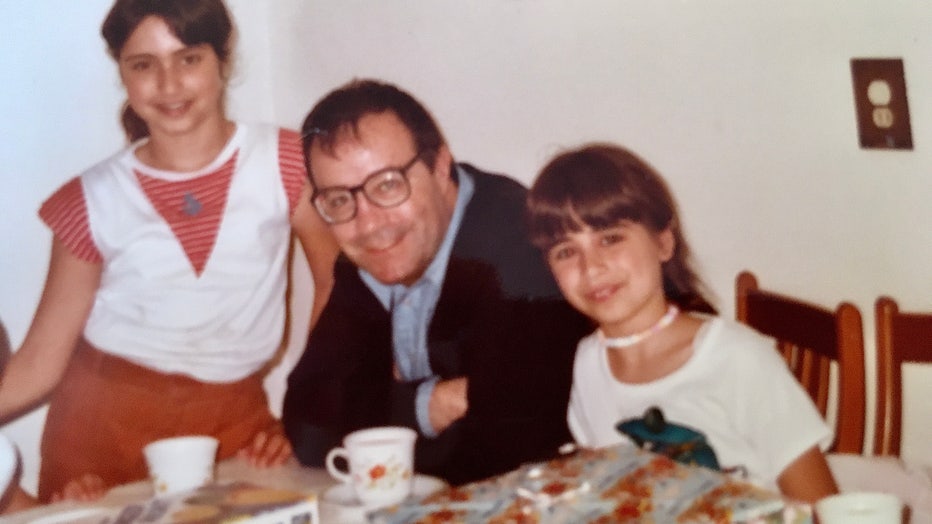 CHECK OUT GASIA'S RECOMMENDATIONS TO EXPERIENCE THE PERFORMING ARTS: