OAKLAND, Calif. - The Oakland Zoo is taking care of an orphaned mountain lion cub that was found in San Mateo County.

The young female cub called "Rose" was first spotted by hikers in the Thornewood Open Space Preserve last week. Biologists said they set up cameras to look for the cub, and it was captured on Sunday. 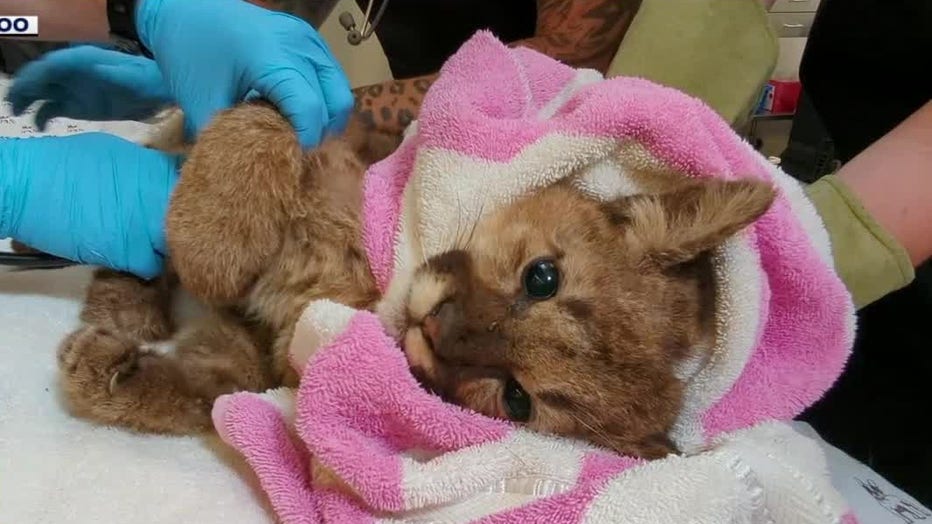 Lion cub 'Rose' being cared for at the Oakland Zoo.

The cub is described as extremely thin and is being given medical care and food by caretakers at the zoo.

Caretakers said they are optimistic she will recover.