We are joined by Dr. Peter Chin-Hong to discuss all the latest when it comes to Covid-19.

PHOENIX - The Biden administration threatened Tuesday to revoke the authority for three Republican-controlled states to handle their own workplace safety enforcement because they have refused to adopt rules to protect health care workers from COVID-19.

The threats were sent to Arizona, South Carolina and Utah as the U.S. Occupational Safety and Health Administration prepares to adopt much more far-reaching vaccination and testing rules affecting 80 million Americans. In nearly half the states, it will have to rely on state labor regulators for enforcement.

OSHA officials say Arizona, South Carolina and Utah are not complying with their promises to enforce labor standards that are at least as good as those adopted by the federal government.

At issue is a rule requiring personal protective equipment, social distancing and other safety measures for workers at health care facilities that care for people with COVID-19. It also requires paid sick time for employees who contract COVID-19, need to get vaccinated or are dealing with vaccine side effects.

"The agency will not hesitate to use all of our resources to protect health care workers from known health hazards," said Jim Frederick, acting assistant secretary of labor for occupational safety and health.

OSHA has given up its authority to enforce workplace safety laws and regulations for the private sector in 22 states, including Arizona, South Carolina and Utah. In exchange, the states must adopt rules that are as effective or better than the federal regulations at protecting workers.

OSHA officials said they will take the first step toward revoking that authority, which all three states have had since the 1980s, and reclaiming jurisdiction for federal enforcers in the health care sector or others. 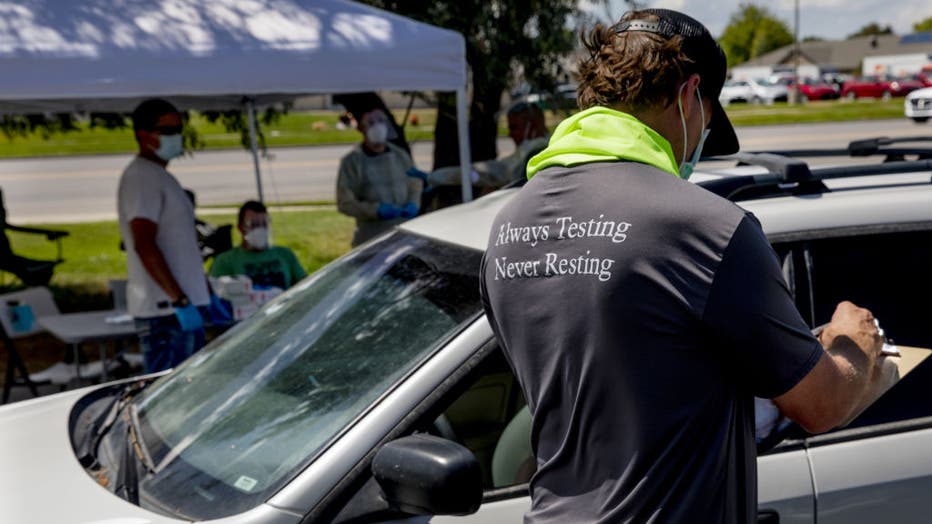 Arizona Gov. Doug Ducey, a Republican, called the move "nothing short of a political stunt and desperate power grab."

Trevor Laky, a spokesman for the Industrial Commission of Arizona, said the agency has begun a rulemaking process. While the state could adopt emergency rules that take effect quickly, he said agency leaders prefer a more transparent process that allows for public comment.

He blamed OSHA officials for taking two months to tell the state that its existing wage and hour laws weren't good enough.

"We are disappointed that federal OSHA has decided to take this step against our very successful state OSHA program," Emily Farr, head of the South Carolina Department of Labor, Licensing and Regulation, said in a statement.

Utah Gov. Spencer J. Cox and Lt. Gov. Deidre Henderson said in a statement that the federal rules would burden health care providers. They reject the assertion that their own rules aren’t as good as the federal ones.

"Despite today’s communication, we still welcome an opportunity to further explain our position and recommendations," Cox and Henderson said.