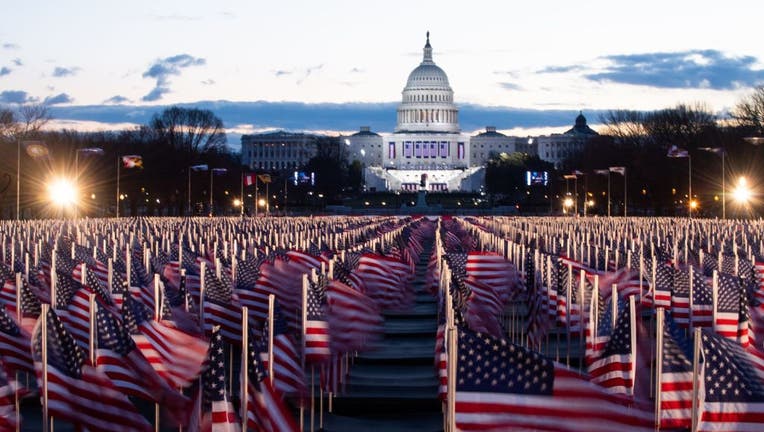 When it gazes into the mirror, the United States does not generally see a land of process and procedure. It sees what it has wanted to see since the beginning — a place of action and results and volume. The bold, splashy storylines that Americans crave, and have used to construct their nation, don't always play well with repetition and routine.

Then comes a day like Wednesday. Two weeks after the peaceful transfer of power was so nearly upended, ritual took center stage. And it turned out, after four years of a loud and splashy presidency, that there can be comfort — inspiration, even — in the performance of process and procedure that sends a resounding message to the idealistic and the disaffected alike: The United States continues. The republic still stands.

At no juncture in the past 150 years, perhaps, has such an expected and routine process of transition — a moment that Ronald Reagan, while experiencing it, called both "commonplace" and "nothing less than a miracle" — felt more necessary. Or, for that matter, more tenuous.

"We’ve learned again that democracy is precious. Democracy is fragile. And at this hour, my friends, democracy has prevailed," freshly minted President Joe Biden said in his inaugural address.

More than 400,000 Americans are dead in a pandemic that has devastated the economy. We are two weeks out of an insurrection aimed at subverting an election. A departing president vigorously shredded the norms of his office, alienating many millions and unsettling millions more even as he thrilled his most ardent followers.

And so a moment of intricately scripted pomp — albeit one that unfolded against the jittery backdrop of a locked-down landscape and thousands of armed military personnel guarding against mayhem — became, once more, a national glue.

"Have we become too jaded, too accustomed to the ritual of the passing of the torch of democracy to realize what a blessing, what a privilege it is to witness this moment? I think not." Sen. Amy Klobuchar, D-Minn., said in opening the inaugural ceremony.

The American playbook has taught us that significant transitional moments — "inflection points," as it has become fashionable to call them — tend to favor the loud. That ignores the mechanics, which is natural: As long as the car’s working and gets you there, you’re probably not thinking much about what's under the hood.

That's an incomplete view, though.

"America is a process. It’s not an end product," says Susan Schulten, a professor at the University of Denver who specializes in 19th- and 20th-century U.S. history.

It was process personified Wednesday when American leaders who did their jobs and went home — from Dan Quayle all the way to Barack Obama, and now including Mike Pence — strode down the steps and took their seats to watch. It was process incarnate when the same oath handed by the Constitution to George Washington 231 years ago was uttered by Biden.

It was process expressed in music when Lady Gaga sang the National Anthem. It was process, too, when Jennifer Lopez sang "This Land Is Your Land," an American ode written by Woody Guthrie, a man who painted these words on his guitar: "This machine kills fascists."

It was part of the process and procedure, and something incredibly fresh and new as well, when 22-year-old Amanda Gorman took to the mic as the youngest poet ever to read at an inaugural. She even gave a nod to it in her poem, "The Hill We Climb": "Somehow," Gorman said, "we’ve weathered and witnessed a nation that isn’t broken but simply unfinished."

The process of inauguration held its contradictions, of course, given that two weeks ago many Americans wondered if any of it would even take place at all — and if it did, whether it would be relocated, sequestered and neutered in the interest of preventing insurrection.

There was the contradiction that, because of both security and coronavirus concerns, the multitudes of Americans who normally turn out to see a new president take office weren’t allowed anywhere near the place.

"I wonder how that’s going to affect how Americans see this inauguration," said Thurston Clarke, author of "Ask Not, " a book that unpacked the inaugural of John F. Kennedy in 1961. "I think it diminishes it."

And there was, foremost, the contradiction of Donald Trump’s self-chosen absence, which subverted a fundamental step in the power-transfer process by excising the transferrer from the equation.

For a few hours Wednesday morning after he made his early exit from the White House and the capital, Trump’s absence created a lightheaded (and not necessarily in a good way) feeling of something that was in the process of becoming something else. While he remained president until noon, and there was no power vacuum, the sense of vulnerability that accompanies any political in-betweenness descended — intensified, no doubt, by the vulnerability that Washington actually faced in the wake of the Capitol insurrection.

In his address, Biden kept talking about "the American story," and rightly so: The United States is held together by the stories it tells. But the stories that become national myths do not come from nowhere. They coalesce. They grow. They marinate. And they do that incrementally, until the small becomes the epic.

That's where process, procedure and ritual come in. Together, they can bog down the most exciting of endeavors. But together, too, they can foster continuity and stability. Many progressives who say change is overdue, and want it fast, may not like that. The MAGA base, it has become clear, does not endorse such a notion either.

But the tumult of the past four years, a good chunk of it intensified by the upending of norms and processes, suggests that incrementalism has its place in American society as well. And that for every deafening moment that lurches the nation forward, there are countless procedural ones that inch it along.

"It drives home how much institutions matter," Schulten says.

The fabric of the American republic has been yanked, pulled taut, bloodied, stretched like seashore-town taffy by leaders and followers alike. What’s ahead is uncertain, as always — and will be distasteful to many and comforting to many others.

But on Wednesday, for one moment, any American carnage was elsewhere. For one moment, whatever kind of American you are, whatever you’re upset about and however you voted, this land was incontrovertibly your land.

For one interlude on a sunny January day in 2021, in the middle of what Biden called "this winter of peril and significant possibilities," the state of the union — if not strong, precisely — was intact. The republic, for the moment, still stood.