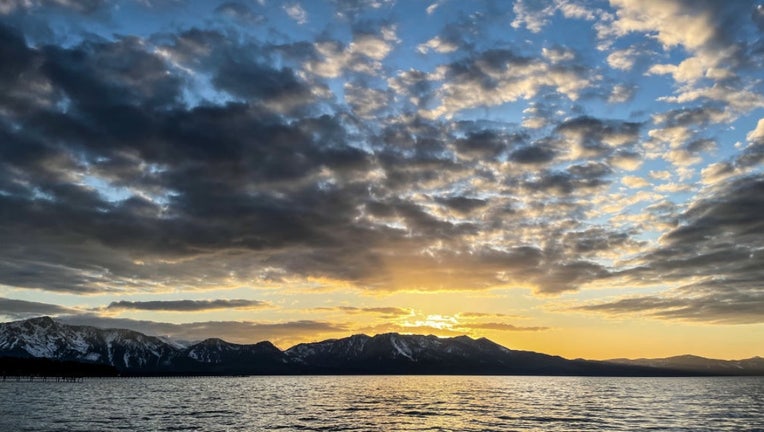 SOUTH LAKE TAHOE, CA - APRIL 15: On the heals of large crowds escaping to the region during the pandemic last summer, tourism around the lake has calmly returned to more normal levels in advance of a drought as viewed on April 15, 2021, in South Lake

The Tahoe Prosperity Center says the findings in the study it commissioned with the help of a grant from the U.S. Economic Development Administration underscore the need to better diversify Tahoe's economy, build more affordable housing and utilize an increasingly skilled work force.

"Exorbitant home prices, the high cost of living, long-haul commuters, a shortage of workers, and a flat to down economy over the past 10 years point to an economy that is not healing itself, nor resilient to disruptive changes that impact visitor-based economies more deeply," the study said.

Tourism now accounts for more than 60% of Lake Tahoe’s $5 billion regional economy — up from 40% in 2010, according to the nonprofit center's research released this week.

Ski resorts near Lake Tahoe reported recieving their first snowfall of the season.

"Relying so heavily on just one industry for residents' livelihoods and tax base for schools, health care and public service is a risky proposition," the report concludes. "And the risks are mounting due to economic downturns, worsening wildfires, and changing weather patterns."

Scientists say climate change has made the West much warmer and drier in the past 30 years and will continue to make weather more extreme and wildfires more frequent and destructive. The pandemic drove the latest economic downturn that began in early 2020, but a huge wildfire this summer forced evacuations and shut down Nevada casinos and other businesses on the south shore.

Nearby ski resorts are becoming more concerned than ever about seasonable shifts in precipitation that for a century arrived in the form of fluffy snowflakes but now falls more frequently as winter rain.

About 15 million people from around the world typically visit annually to hit the slopes, hike mountain forests and enjoy beaches along 72 miles of shoreline of North America's largest alpine lake.

Lake Tahoe is seeing the effects of the drought. This week the water level is expected to fall below its natural rim.

It straddles the California-Nevada state line at an elevation of 6,200 feet in the high Sierra and holds enough water to cover the entire state of California 14 inches deep.

"On its surface, the Tahoe Basin economy appears strong, powered by billions of dollars in annual tourism spending and skyrocketing real estate values," the report said.

But a deeper look reveals the local economy "isn’t working for many residents who are struggling to find living wage employment and affordable housing," it said. "This is accelerating an existing workforce shortage across Tahoe’s service-based economy."

About two-thirds of Tahoe's households make less money than it now takes to cover housing and common living expenses — a combined income of at least $92,000 for a working couple with two children, based on a "living wage calculator" used by the Massachusetts Institute of Technology.

Bears have moved into homes in South Lake Tahoe

Residents in South Lake Tahoe are being warned to look out for bears as they return to their homes. Multiple reports of burglary turned out to be bear break-ins.

More than half of all workers in the Tahoe area don’t live in the basin, where average home prices have increased 35% since 2020 to an average of $875,000, the new report says. Those commuters face rising traffic congestion and generate more air pollution and erosion that contribute to loss of clarity of the famed cobalt blue and turquoise waters.

The study counted 53,688 year-round residents, an 11% drop from 2010. Part-time residents own more than half of all homes in the basin.

On the bright side, the number of residents with advanced degrees has steadily increased over the last decade "suggesting a knowledgeable and skilled talent pool is available to be tapped in Tahoe to support existing and/or new businesses."

The Tahoe Prosperity Center’s board of directors includes local business executives, city and county officials and the head of the Tahoe Regional Planning Authority.

Officially Tahoe says stay at home, but resorts are open

A stay-at-home order applies to the Lake Tahoe region, yet resorts are open. Here's what that apparent contradiction means and what to expect if you make a trip.

It has received $164,000 in seed capital funding since the U.S. Economic Development Administration selected it to facilitate creation of a Regional Economic Recovery and Resiliency Strategy, center director Heidi Hill Drum said.

The latest data will be used to build on a framework it presented earlier, "Envision Tahoe: Prosperity Plan 2.0," she said.

"Before we can identify where we want to go to make our economy stronger and more resilient, we need to understand where we stand today, particularly in the aftermath of a disaster like the Caldor Fire," she said.