A San Francisco native was kicked off a Spirit Airlines plane because of a rash that flight attendants thought was monkeypox.

LOS ANGELES - A Spirit Airlines passenger is speaking out about being taken off a recent flight for what they believe was their eczema being mistaken for monkeypox.

When Jacqueline Nguyen and their wife boarded the plane in Los Angeles headed to Dallas on Aug. 4 the last thing on their mind was the redness around their eyes due to eczema. It's a skin condition they have had their entire life.

Spirit Airlines flight attendants asked them to get off the plane in front of all other passengers. Nguyen, who goes by @jacqueline.ngu on TikTok, shared a video recounting their experience of being ushered off the flight. It has had nearly 2 million views. Nguyen suspected Spirit Airlines employees assumed they had monkeypox, although they said employees never used that word when asking about the rash.

"For some early morning shame for a skin condition I’ve had my whole life," wrote Nguyen. "I love being treated like I'm diseased, watching your flight attendants turn the other way when I walk down the aisle." 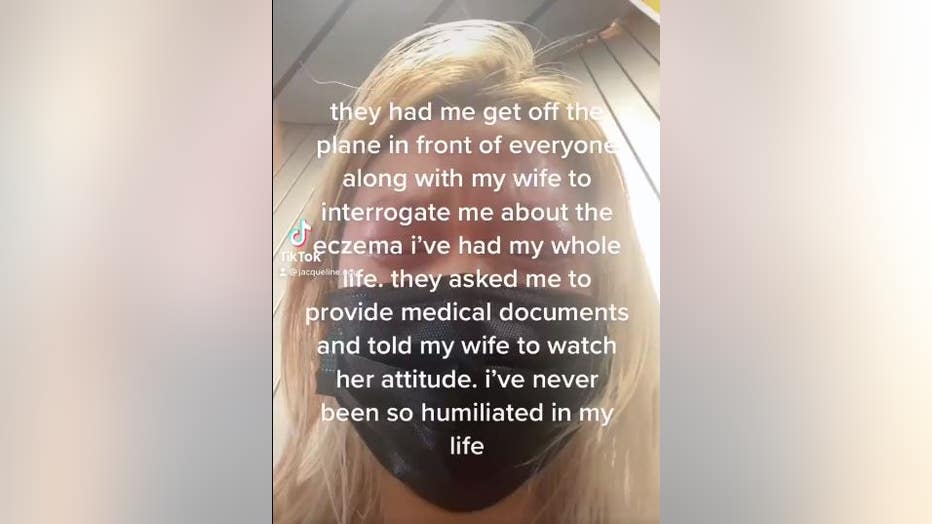 Nguyen was born in San Francisco and currently lives in Los Angeles. They said their wife stood up for them even though the flight crew told them to 'watch her attitude.'

Instead, after pleading their case, the crew allowed them to board the plane again after showing them their eczema cream. 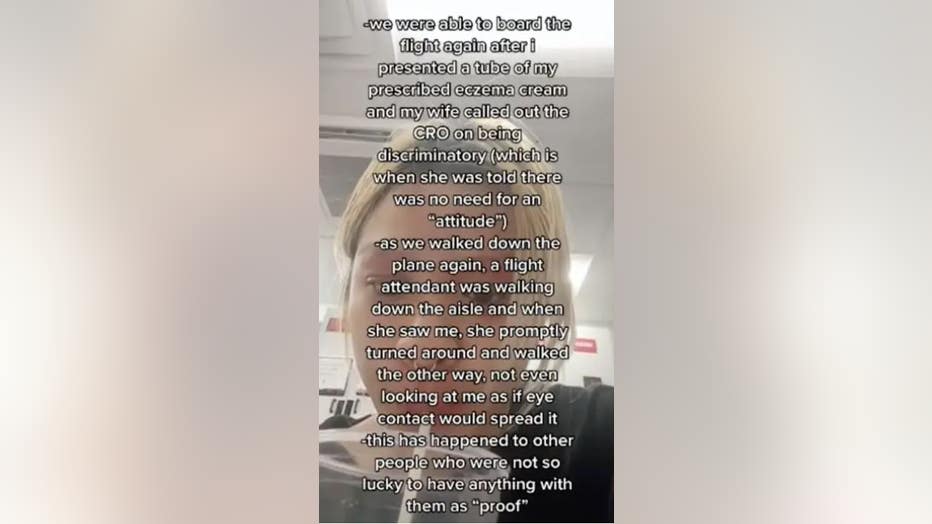 People with skin conditions around the globe are facing new discrimination because of the disease.

The World Health Organization recently said it was renaming monkeypox after concerns were raised the name could be considered discriminatory and stigmatizing.

They said they want to "avoid causing offense to any cultural, social, national, regional, professional, or ethnic groups, and minimize any negative impact on trade, travel, tourism or animal welfare."

Nguyen said when they got back on the plane a flight attendant turned around and walked away, ‘as if eye contact would spread it.’

They believe others have been kicked off flights and weren't so lucky to have proof with them that they had a skin condition unrelated to monkeypox.

KTVU reached out to Spirit Airlines for comment about the incident with Nguyen but have not heard back.

Editor's note: An earlier version of this story included instances of misgendering the subject. We regret the error and have made corrections throughout this story.