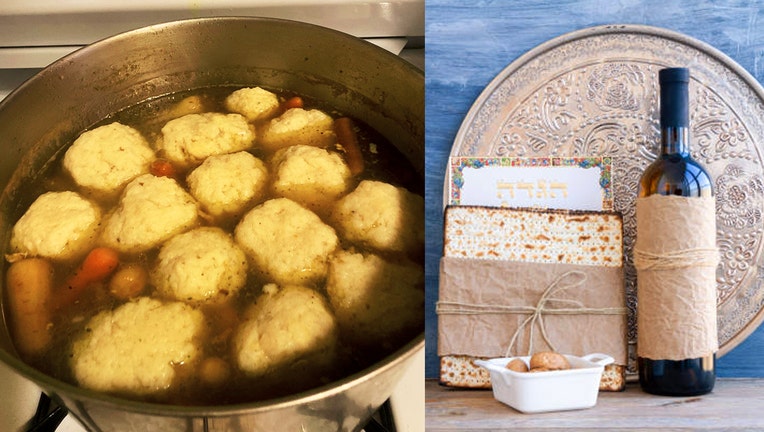 The first night of Passover begins this year on March 27th.

As Jewish people around the world sit down to their Seders and cherish the freedom we now have, many will also be enjoying bowls of matzo ball soup, a Jewish staple, which has been called "chicken soup for the soul."

Here is the recipe that I created from a mixture of family history and my own ingenuity. It's really easy to make and tastes delicious.

I don't really measure so this is a recipe where you sort of have to eyeball it.

Fill large pot with water. Throw in chicken carcasses or raw chicken. Add chicken broth cubes for salty flavoring. Boil. Then simmer for approximately 30 minutes.
Add some tumeric
Throw in carrots, cut up celery and onions
After simmering, take out the chicken and peel off the meat, cut up into bite size pieces and throw back into soup.
Meanwhile, follow instructions on matzo ball soup mix. Boil the matzo balls per instructions in a separate pot. When done, put matzo balls in the bigger pot of soup.
In Hebrew, b'tay-ah-von, which means bon apetit! And Happy Passover!