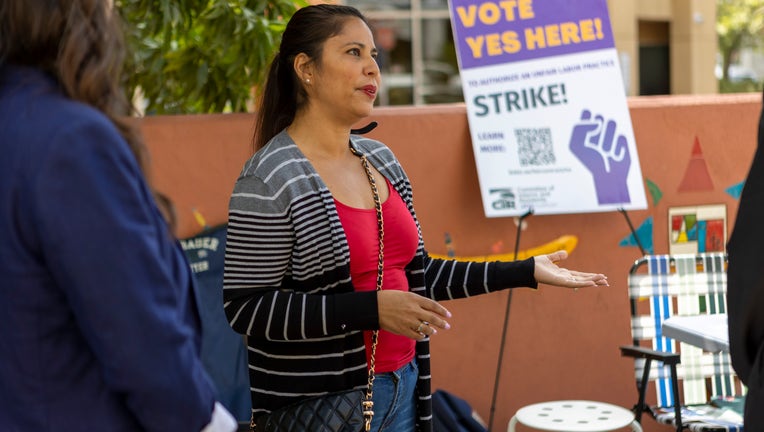 OAKLAND, Calif. - Doctors at UCSF Benioff Children's Hospital of Oakland have voted to authorize a strike – and if they actually walk out on the job, it would be the first time they would do so in more than three decades.

The doctors, represented by the Committee of Interns and Residents - SEIU, say that the hospital is bargaining in bad faith and engaging in tactics such as canceling bargaining sessions, delaying wage proposals, coming to the table unprepared and providing inaccurate information about contract proposal costs.

By doing so, hospital administrators are jeopardizing future recruitment of talented doctors who reflect the community they serve, the doctors said in a news release.

"I came to CHO because I wanted to give Oakland’s children the care they deserve when they need it most," Dr. Billy Gravley, a second-year pediatrics resident said in a statement. "But I can’t keep doing this on my current salary while paying Bay Area rent and $200,000 in student loan debt hanging over my head. The results of this vote communicate how much we are willing to sacrifice to get CHO to come to the table and bargain fairly for a contract we can all be proud of. One that will allow us to keep doing this work."

In a statement, UCSF spokeswoman Lorna Fernandes said that the management is "disappointed" the union decided to take a strike vote, while the two sides are actively engaged in federal mediation.

"We continue to bargain in good faith," Fernandes wrote in an email, "as evidenced by the 20 negotiating sessions we have had with the union and the fact that they have formally withdrawn their unfair labor practice complaint."

Fernandes said the most recent proposal includes "increases to the many generous benefits" the residents already receive, including a guaranteed wage increase of 14% over three years.

The union said that Children's Hospital residents make an average of $22 an hour.