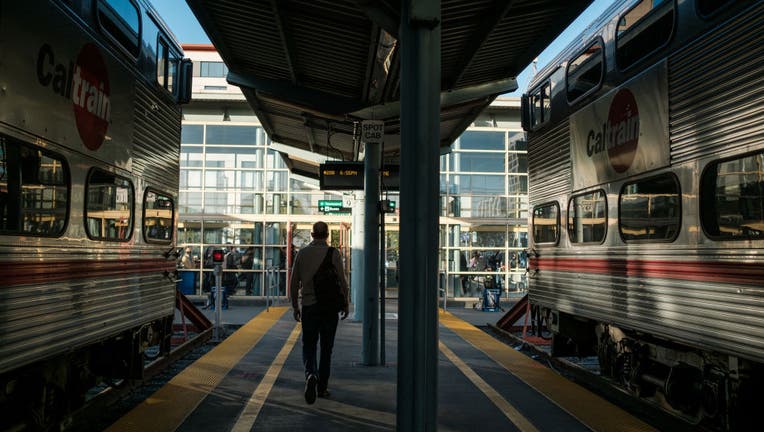 SAN JOSE, CA - MARCH 27: CalTrain passengers make their way to the station in San Francisco. In the final days of the Obama administration, the Transportation Department agreed to spend more than $700 million on an electrification upgrade to the comm

SAN FRANCISCO - A northbound Caltrain fatally struck a person who was on the tracks Tuesday evening in San Francisco, the transit agency says.

The incident happened at about 7:05 p.m. at the Mission Bay Drive grade crossing. The individual who was struck was allegedly trespassing, Caltrain officials said.

Trains are experiencing major delays. Northbound train 179 had 12 passengers onboard, none of which were injured.

Just before 8 p.m. police released the southbound track so that trains could operate at reduced speeds.