PGA Championship kicks off with no spectators

The 102nd PGA Championship is set to tee off at TPC Harding Park in San Francisco this week without fans after the golf tournament was postponed earlier this year due to the COVID-19 coronavirus pandemic. Elissa Harrington reports

SAN FRANCISCO - The 102nd PGA Championship is set to tee off at TPC Harding Park in San Francisco this week without fans after the golf tournament was postponed earlier this year due to the COVID-19 coronavirus pandemic.

The four-day tournament is scheduled to begin Thursday and will be the first major golf tournament without fans.

To make up for the lack of fans, the PGA and its media partners, ESPN and CBS, plan to provide wire-to-wire coverage of the tournament as well as additional content on the two TV networks, PGAChampionship.com and the PGA's official iOS and Android mobile apps.

"It's the perfect time to introduce the PGA Championship's first wire-to-wire broadcast coverage with CBS and our new partner ESPN," PGA CEO Seth Waugh said. "While the local community cannot be with us physically onsite, we will certainly carry their spirit of resilience and unity with us."

The tournament will mark the beginning of an 11-year partnership between the PGA and ESPN to broadcast the PGA Championship. While ESPN and ESPN+ will have a combined 12 hours of tournament coverage on Thursday and Friday, CBS Sports will broadcast the final two days in primetime, from 1 p.m. to 7 p.m. Saturday and noon to 6 p.m. Sunday. 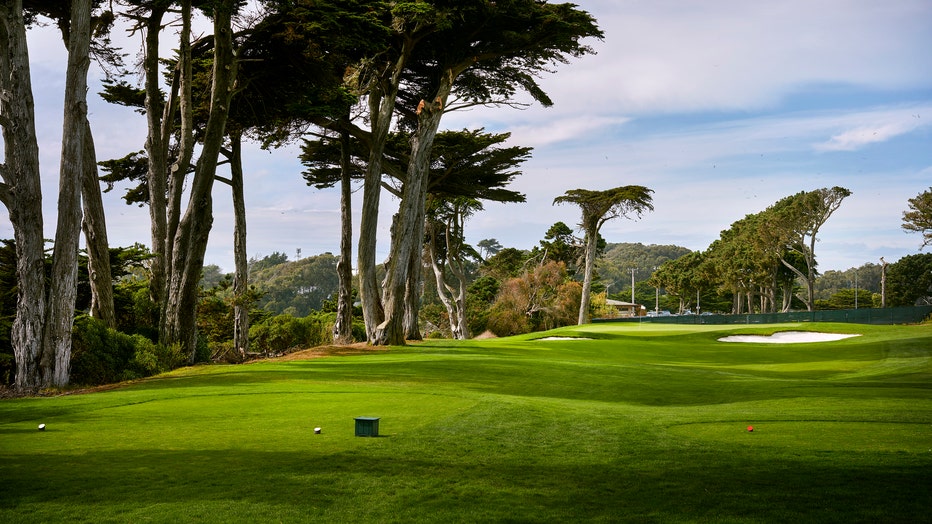 Fans who miss the four-day tournament's broadcasts will have access to dozens of highlights on PGAChampionship.com, the PGA's mobile apps and the PGA's social media channels.

Chief among the additional tournament content, PGA officials said, is PGA Championship Live on the Range, a live minute-by-minute blog of recaps and highlights.

The PGA's website will also feature more than 1,000 video recaps of play throughout the tournament field and Zoom interviews with players after each round.

"With this being the first-ever spectator-less major in history, fans will have the feel of what it's like to be at TPC Harding Park, with an all-access pass to virtually experience the PGA Championship through technology and social engagement," PGA.com General Manager Rob Smith said.

At the San Francisco Athletic Club on Divisadero, the owners hope fans will watch the coverage in an outdoor space with tables set up for social distancing.

They say there are signs that the PGA Championship will boost business.

"It has great impact. We actually have reservations for Saturday," says Neil Holbrook, co-owner of San Francisco Athletic Club,

"Everyone loves Tiger and it's his first competition this year. Everyone's fingers crossed that he does well."

The tournament field is headlined by Brooks Koepka, the two-time
defending champion of the PGA Championship.