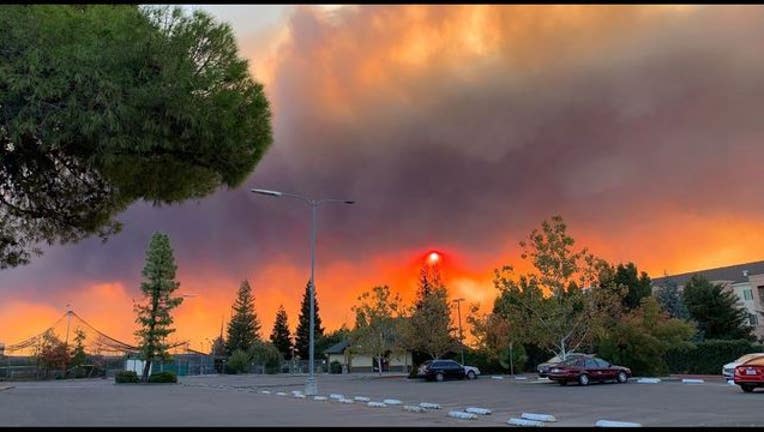 SAN FRANCISCO (BCN) A federal judge in San Francisco on Wednesday tentatively ordered PG&E Co. to inspect its entire electrical service area and remove or trim any trees and repair any damaged transmission equipment that could cause wildfires.

U.S. District Judge William Alsup will hold a Jan. 30 hearing to decide whether to go ahead with the order.

He invited representatives of Cal Fire and the California Public Utilities Commission to attend the hearing, in addition to PG&E and federal prosecutors.

Alsup is overseeing the utility's five-year probation, which started in 2017, for a criminal case in which the utility was convicted of violating federal pipeline safety rules and obstructing justice in a probe of a fatal natural gas pipeline explosion in San Bruno in 2010.

Alsup wrote that the purpose of his proposed order is "to protect the public from further wrongs by the offender" and to "reduce to zero the number of wildfires caused by PG&E in the 2019 wildfire season."

The season runs from June 21 to the first region-wide rainstorm in November or December.

The judge noted that Cal Fire has determined that San Francisco-based PG&E caused 18 wildfires in its northern and central California service areas in 2017. The agency is still investigating the cause
of the devastating 2018 Camp Fire in Butte County that killed 86 people.

PG&E cut power to tens of thousands of Northern California customers in October because of high fire danger, prompting complaints and demands for reimbursement from some customers.

Alsup wrote, "This will likely mean having to interrupt service during high-wind events (and possibly at other times) but that inconvenience, irritating as it will be, will pale by comparison to the death and
destruction that otherwise might result from PG&E-inflicted wildfire."

PG&E spokesman James Noonan said, "We are aware of Judge Alsup's orders and are currently reviewing.

"We are committed to complying with all rules and regulations that apply to our work, while working together with our state and community partners and across all sectors and disciplines to develop comprehensive, long-term safety solutions for the future," Noonan said in a statement.

PG&E's credit rating and stock price fell this month following reports that it was considering filing for bankruptcy protection in the face of potentially crippling liability damages from a spate of wildfires.