Today Pacific Gas and Electric Co. announced more than 1.6 billion dollars in losses in the third quarter of 2019.

SAN FRANCISCO - Pacific Gas & Electric reported another huge loss on Thursday as the fallout from catastrophic wildfires blamed on its outdated transmission lines drive the bankrupt utility into a deeper hole.

The company estimated it's facing a bill of more than $6 billion this year alone to pay for devastating fires in 2017 and 2018, more rigorous inspection of its electrical equipment, and customer credits for recent blackouts designed to prevent more blazes.

Additionally, PG&E logged a $2.5 billion settlement with insurance companies for the 2017 and 2018 wildfires, bringing its total charges for the fires during those years to $20 billion, according to a filing with regulators.

It added up to a loss of $1.62 billion for the July-September period, a reversal from a profit of $564 million at the same time last year. 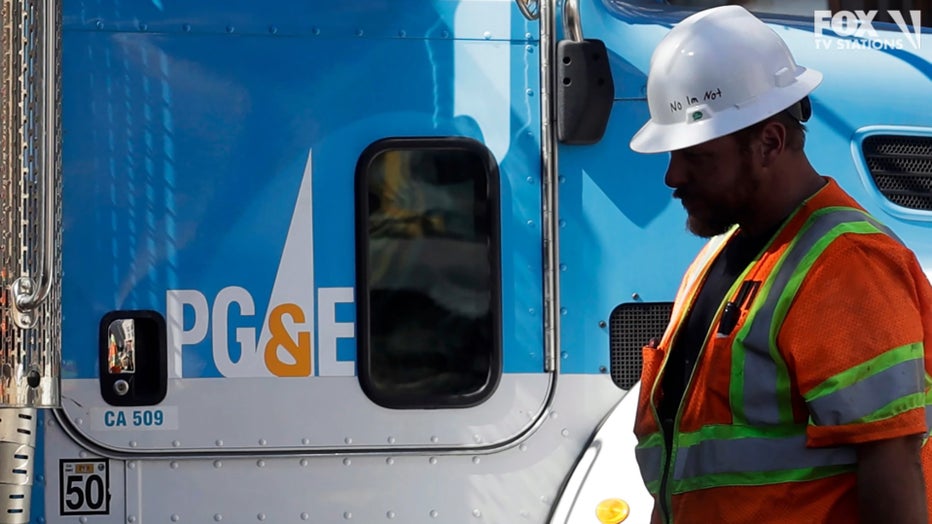 For the first nine months of the year, PG&E's losses totaled $4 billion.

PG&E's third-quarter report only provides a snapshot of the staggering burden weighing on the San Francisco company as it wends through its second complex bankruptcy in less than 20 years. It emerged largely intact from a three-year stint in bankruptcy that ended in 2004, but it is on much shakier ground this time around.

Most investors have already jumped from PG&E's sinking ship. The company's stock plunged 13% to $6.02 in Thursday's trading. That's a sobering downfall from its peak price of $71.57 reached in 2017 just before the first round of wildfires altered its financial landscape.

California Gov. Gavin Newsom is trying to use the bankruptcy proceeding to impose radical changes at PG&E. That could include turning the utility into a customer-owned cooperative, a still-nascent idea floated in a letter to state regulators earlier this week by mayors and other leaders from more than two dozen cities and counties in PG&E's sprawling service area.

The 114-year-old company landed in bankruptcy again in January as it grapples with an estimated $30 billion in potential liabilities from wildfires that its equipment ignited or likely ignited in 2017 and 2018. Those include the fire last November that killed 85 people and incinerated roughly 19,000 homes, businesses and other buildings in the Northern California town of Paradise.

Those costs will rise even higher if PG&E is found culpable for the latest round of fires to rage through parts of Northern California last month.

The company is also facing criticism for intentional blackouts that have left millions without power as it tries to limit wildfires during dry, windy conditions that have become an annual autumn rite in California.

California officials and residents have expressed growing anger over the blackouts, which have left those without power struggling with to keep cellphones charged, find gas and withdraw cash. Businesses and schools were closed for days. 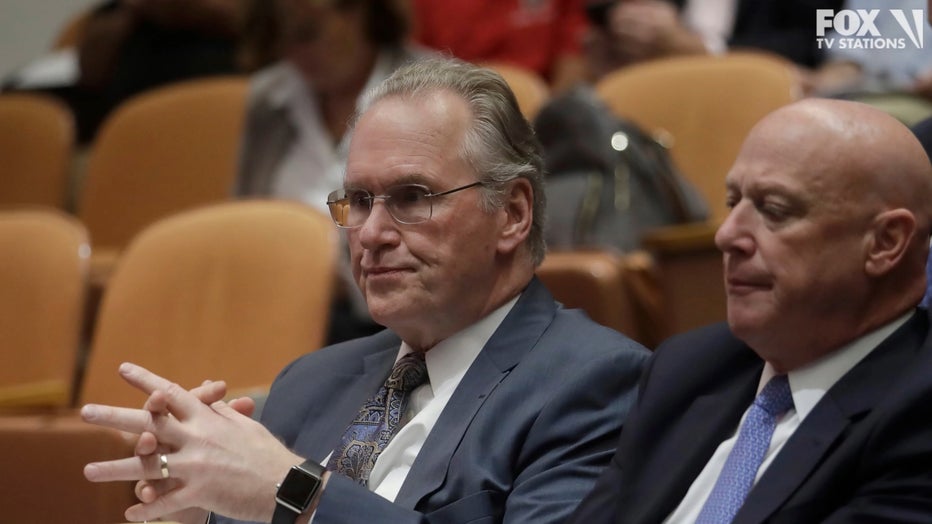 Some accused the company of instituting the blackouts to save money, but PG&E CEO Bill Johnson said that the blackouts were "well planned and executed" and done "solely in the interest of public safety."

Johnson later conceded the company botched the first round of blackouts that began Oct. 9, prompting PG&E, under pressure from Newsom, to give billing credits to 738,000 affected customers. Households will receive $100 apiece while businesses will get $250 apiece. The company disclosed Thursday the credits will cost it $65 million, after tax benefits.

Newsom last week threatened a possible takeover of the troubled utility unless it can emerge from bankruptcy ahead of next year's wildfire season with a plan focused on safety. The company has said it prefers to work its way out of bankruptcy protection, but will need the help of government, insurance companies and investors.

Newsom called Johnson into a closed-door meeting Tuesday to discuss how PG&E should be overhauled as part of the bankruptcy process.

San Francisco already has been pushing to take over pieces of the utility, an idea that PG&E has so far resisted. Other cities and counties are clamoring to pursue an even more radical makeover, although they have yet to file a proposal with the bankruptcy court.

For now, PG&E's shareholders and creditors are battling for control in competing reorganization plans that would maintain PG&E's long-running setup as a for-profit company.

If the state were to take over Pacific Gas & Electric Corp., it would present both advantages and risks.

The utility would no longer be under pressure to pay dividends or pursue ever-higher profits in an effort to boost its stock price. That would free up more money to upgrade its antiquated system for transmitting power and natural gas.

Many of those have erupted in PG&E's territory, populated by 16 million people spread across 70,000 square miles (181,300 square kilometers) in Northern and Central California.