Dos Encinas Road in Orinda is closed due to downed trees, officials said.

California's storms don't care whether you're famous. Your property can flood and your travel might be blocked even if you're a movie star. Or a football player.

PG&E's crews have been working since Tuesday to disassemble this transmission tower in the Willow Glen neighborhood of San Jose. A large Eucalyptus tree fell and destroyed the tower and at least three other power poles in the area came down during the storm.

The transmission tower was mangled and twisted after wind and rain brought down a large Eucalyptus tree nearby, destroying the tower. PG&E says the amount of water in the ground weakened the tree’s foundation making it easier to topple.

Road's collapse cuts off residents from rest of town in Santa Cruz County. 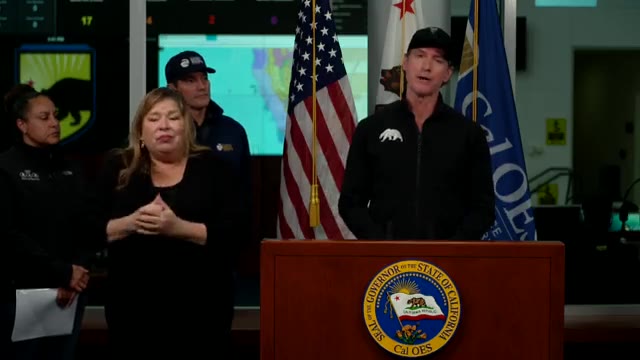 It's a scene playing out throughout the Bay Area. Big trees that once stood proud and tall, are down on the ground after a storm-related fall. And Tree trimmers are having trouble keeping up with all the work.

There are widespread power outages for PG&E customers in the Bay Area after the overnight storm.

PG&E contractors rushed to restore power to some 21,000 customers across the Bay Area Thursday, taking advantage of the break in the weather before the next storm blows in Friday.

The Bay Area was walloped by a storm over the weekend that produced mudslides and flooding, setting the stage for even more destruction. The storm approaching Wednesday is big and powerful in its own right.

If November's gas and electric bills didn't give you sticker shock, this month's as well as the next two, will.

Thousands of PG&E customers in the Bay Area and other parts of Northern California started the new year without power.

Multiple local government agencies have announced the closures of various roadways, issued evacuation orders, and launched rescue operations due to flooding conditions throughout the Bay Area.

If November's gas and electric bills didn't give you sticker shock, this month's as well as the next two, will. As of New Year's Day, the state Public Utilities Commission has granted PG&E increased gas and electricity prices.

Powerful winds and hours of heavy rainfall drenched the Bay Area Saturday. Roadways were temporarily blocked by fallen trees in the North and South Bay, and power lines were knocked out too. At sundown, PG&E was working to restore power to 7200 Bay Area customers.

One of the Bay Area’s oldest flower producers is facing hard decisions between heat and employees. A lot of California businesses are getting sticker shock when they get their natural gas bills.

Dozens rallied in the rain in San Francisco Thursday over the future of rooftop solar as California regulators proposed changes to incentives for home solar systems.

San Francisco is asking people to clear those catch basins if they see any debris that could slow the drainage of water from the next storm. Meanwhile, the North Bay was spared mass outages.