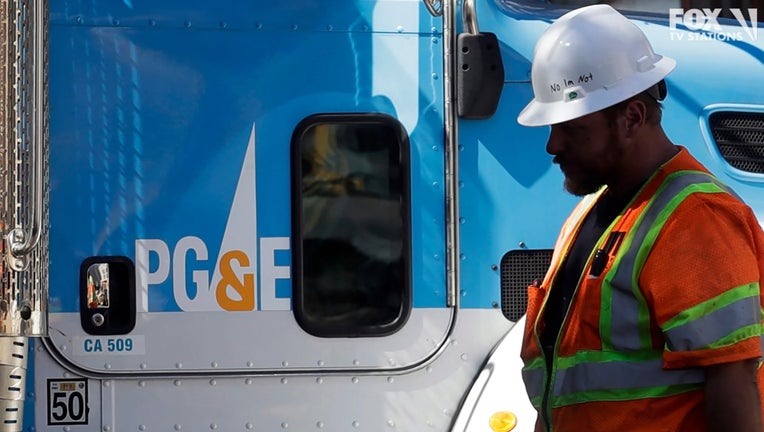 MOSS LANDING, Calif. - Pacific Gas and Electric says it's taking on global warming so that high temperatures do not cause air conditioners to crash the grid.

The utility dedicated a system at the site of an old power plant no longer in operation.

"Our Elkhorn Project, for me, is a postcard from the future delivered today," said PG&E Chief Executive Officer Patti Poppe.

The system represents one of, if not the largest utility-owned, lithium-ion battery energy storage systems in the world.

PG&E can charge these batteries with cheap wind, solar and power plant power when demand is low.

"It is modern technology deployable today. This is not a research project, this is real, clean energy deploying to the grid every day as we speak," said Poppe.

Then, when ever-increasing hot weather places huge demands for maximum power, the energy will be put into the grid to prevent blackouts and brownouts. It will provide PG&E with enough energy to supply the peak power to a quarter million homes for up to four hours; enough time to get to cooler, lower demand evening temperatures.

PG&E is so impressed with battery storage, it already has contracts for almost 1000 megawatts of battery power, enough for 1.3 million homes with plans to more than triple that by the end of next year.

PG&E is researching and looking to deploy every non-carbon generation systems from this, solar and wind as well as to giant spinning flywheels, to compressed air generation and ocean wave generators.