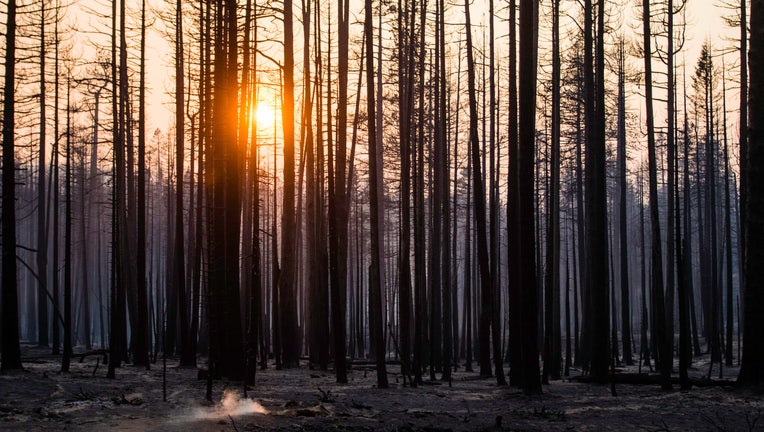 SAN FRANCISCO - A PG&E worker who saw some of the first flames of the Dixie Fire is due to testify Monday in a San Francisco court.

The unnamed worker has publicly said he saw the flames while responding to a blown fuse about nine hours after PG&E knew it had problems on a power line.

PG&E is already on probation for six federal felonies linked to the San Bruno gas pipeline explosion in 2010 and 85 counts, including manslaughter, connected to the Camp Fire in 2018.

After burning 1,500 square miles in five counties, the Dixie Fire is now 67% contained.

The fire has destroyed over 1,300 structures in its path, including the historic town of Greenville in Plumas County.