Eating a plant-based diet may help reduce risk of Type 2 diabetes, according to new study

A new study from Harvard's School of Public health indicates that there is an association between adherence to a predominantly plant-based diet and lower risk of Type 2 diabetes.

The United States Department of Agriculture is facing a federal lawsuit over the dietary guidelines it published last December.

Doctors Seth Ammerman, Donald Forrester and Heather Shenkman — along with the Physicians Committee for Responsible Medicine — seek a court order requiring the USDA to retract portions of the 2020-2025 Dietary Guidelines for Americans.

The plaintiffs said the guidelines promote the interest of the meat and dairy industries while disregarding data showing the harm meat and dairy can cause, such as cancer and digestive issues. The group cited several studies in a press release.

RELATED: How to get your daily dose of vitamins through your diet

They want the USDA’s guidelines reissued with the following changes:

"The USDA’s conflict of interest is perhaps best illustrated in its statement that ‘[m]ost individuals would benefit by increasing intake of dairy,’ even though there is no convincing evidence that this is true," Forrester said.A quarter of Americans are lactose intolerant, meaning they can’t digest lactose. For them, consuming it can lead to painful side effects, diarrhea and sometimes serious digestive issues.

It’s a condition most prevalent in minorities — affecting 95% of Asians, 60 to 80% of African Americans and Ashkenazi Jews, 80 to 100% of American Indians, and 50 to 80% of Hispanic Americans, according to a news release.

Even so, the excerpt Forrester cited omitted the remainder of the sentence in which the USDA pointed to fat-free, low-fat forms of milk, as well as lactose-free milk, yogurt cheese or soy products.

RELATED: Want to lose weight? Cut back on the hours you're eating

For context, the full sentence from the USDA reads: "Most individuals would benefit by increasing intake of dairy in fat-free or low-fat forms, whether from milk (including lactose-free milk), yogurt, and cheese, or from fortified soy beverages or soy yogurt."

The USDA, who releases these guidelines every five years, told The Washington Post that the Physicians Committee for Responsible Medicine has twice before sued the agency after it released guidelines. Both cases were dismissed.

In a statement, the USDA told FOX Television Stations that "low-fat and non-fat dairy can be an important part of a healthy diet, and the proliferation of nutrition science shows that very clearly."

The agency recognized not all people consume dairy, which is why their guidelines include information about milk alternatives, like almond, soy, rice, coconut, oat and hemp milks. 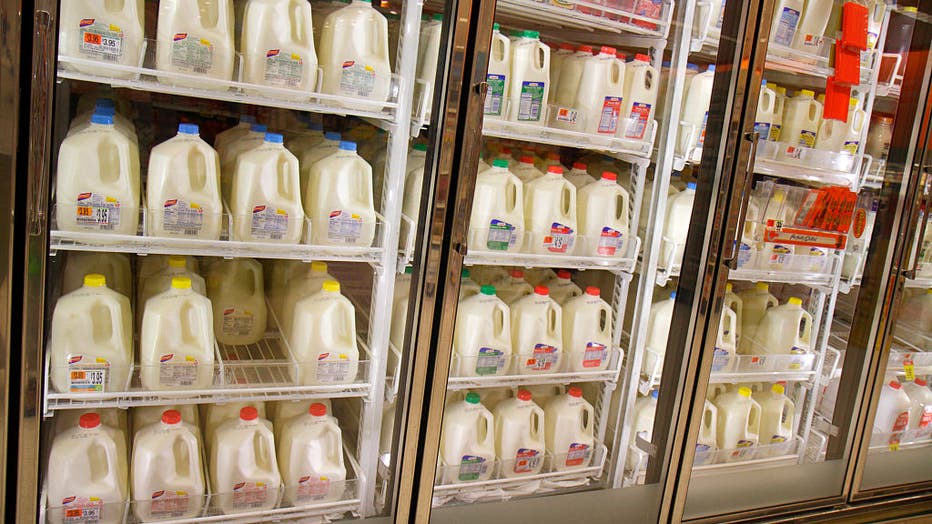 The USDA said those alternatives can be consumed as a source of calcium, but they’re not included as part of the dairy group because their overall nutritional content is not similar to dairy milk and fortified soy beverages.

"Therefore, consuming these beverages does not contribute to meeting the dairy group recommendation," the guidelines read.

The plaintiffs said the government uses them as the basis for its food assistance meal programs, nutrition education efforts, and decisions about national health objectives.

And they even affect school lunches. The USDA said schools must offer water to students, but it may not be offered in place of milk, nor may it restrict the sale or marketing of fluid milk.