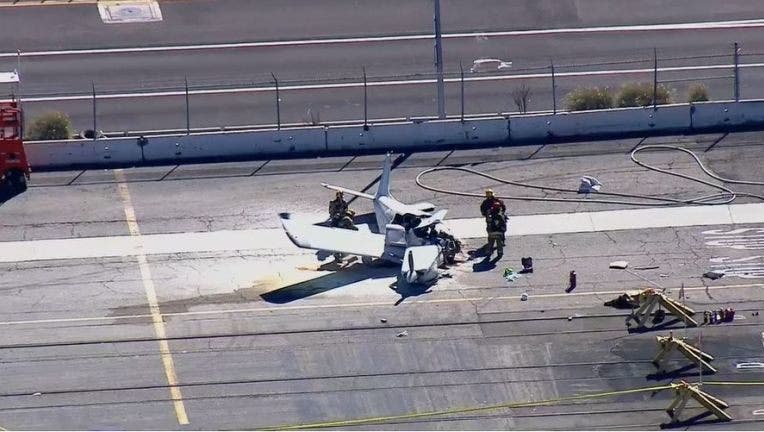 SAN PEDRO, Calif. - A pilot was killed and a truck driver was injured when a small plane crashed into a big rig at a cargo terminal area in the Port of Los Angeles on Friday, authorities said.

The crash occurred around noon. A small amount of fuel spilled on the ground by the wrecked aircraft was contained.

There were no immediate details about either victim.