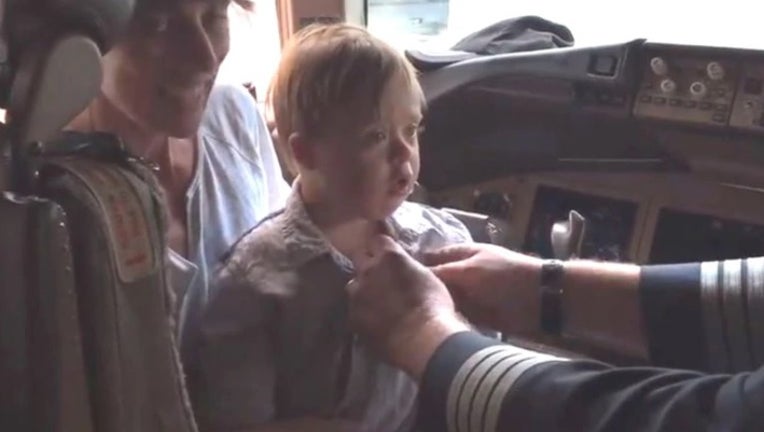 An American Airlines pilot, who retired after 35 years, gave his wings to a child with Down syndrome. (Joe Weis)

MIAMI, Fla. - An American Airlines pilot, retiring after decades on the job, decided to give his wings to a 2-year-old boy with Down syndrome.

Captain Joe Weis gave the special gift to Ki Klitenick, 2, of Ocala, on the tarmac at the Miami International Airport on October 2.

Weis pinned the wings on the boy's shirt in the cockpit after a flight from Madrid.

According to the Orlando Sentinel, the boy's mother said he's been talking nonstop about his gift and his new friend, Capt. Joe.