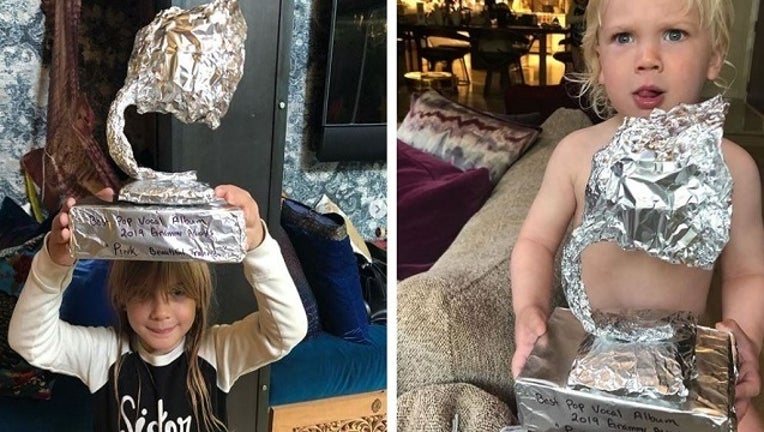 LOS ANGELES (FOX 29) - Pink didn't win a Grammy so her kids cheered her up in the sweetest way possible with a homemade award.

The singer posted the adorable photo on Instagram, "Thanks Kids:) my favorite kind of award."

She also tweeted, "I think it’s kind of rad that I just lost my 20th Grammy nomination. I’m always honored to be included. Now to get this sick baby in the bathtub.

Pink has won three Grammy Awards throughout her career.