WASHINGTON - As President Joe Biden promised, Americans can sign up to place their free at-home COVID-19 tests, which will be mailed to individual homes.

The federal government's site began a beta test on Tuesday and was in full swing on Wednesday.

Every home in the United States is eligible to order four free at-⁠home COVID-⁠19 tests per residential address. Orders will usually ship in 7-12 days. 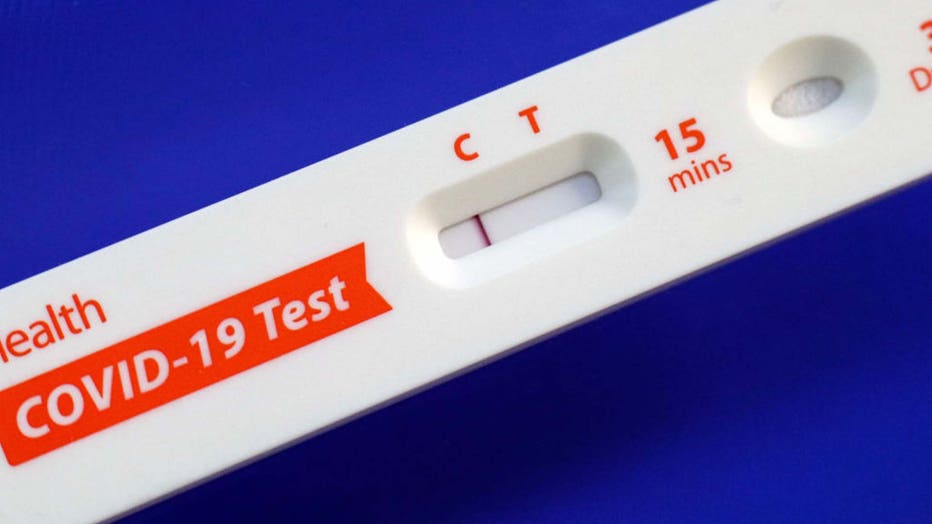 Orders can also be placed directly on the United States Postal Service website.

Last month, President Joe Biden announced the government would buy 1 billion of the tests to be made available to people in the U.S. for free. The first 500 million of those tests will be available online starting Wednesday.

Last week, the White House announced that a dedicated stream of 5 million rapid tests and 5 million lab-based PCR tests will be made available to schools starting this month to ease supply shortages and promote the safe reopening of schools.

The test supply push, though, will likely be too late for many Americans trying to safely navigate the omicron-fueled case surge, which is already showing signs of cresting.

"Americans should take a test when they have symptoms that appear to be COVID-19," said Dr. Rochelle Walensky, the director of the Centers for Disease Control and Prevention.

She also said they should test after known exposure to the virus, generally five days after being exposed, or earlier as part of test-to-stay protocols in schools and workplaces.

"Certainly if you’re going to gather with family, if you’re going to a gathering where people are immunocompromised or where they’re elderly or where you have people who might be unvaccinated or poorly protected from a vaccine that might be an opportunity you want to test," she added.

In addition, starting on Saturday, private insurers will be required to cover the cost of up to eight at-home rapid tests per month per insured person, according to a new Biden administration rule.

People will have the option of buying tests at a store or online, then seeking reimbursement from their health insurance provider. Insurers are being incentivized to work with pharmacies and retailers to develop plans to cover the cost of the tests with no out-of-pocket cost to customers, but those programs will not be immediately widespread.

Those with public health insurance through Medicare, or without insurance, will be directed to covidtests.gov to order tests or to community health centers in their area offering free testing.

The Biden administration says the procedures will differ from insurer to insurer, and it is encouraging Americans to save receipts from rapid test purchases for later reimbursement and to reach out to their insurance providers for information.

Critically, the requirement only covers purchases on or after Saturday. Insurers are not expected to retroactively reimburse the cost of tests purchased earlier.

This story was reported in Oakland, Calif. The Associated Press contributed to this report.