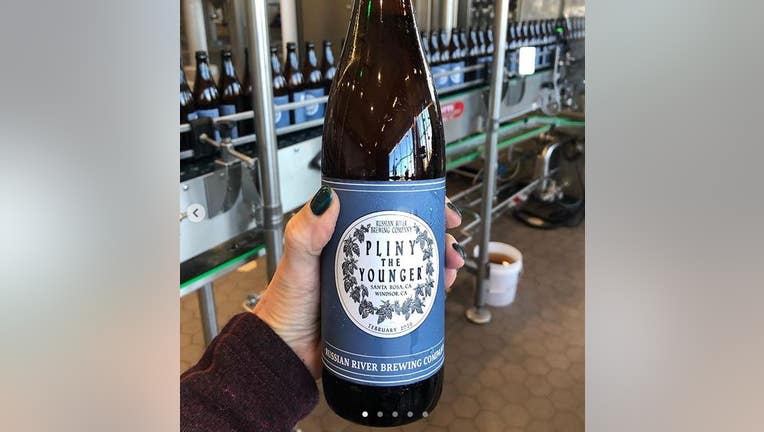 SANTA ROSA, Calif. - Russian River Brewing Company is holding off on its annual release of the beloved Pliny the Younger beer in 2021.

The company said Monday it has become clear that the much-anticipated February release of the triple IPA isn’t happening due to growing coronavirus concerns.

“Like most major beer releases and other special events during this COVID-era, we are hitting the pause button on our annual 2021 Pliny the Younger release,” the company said in a release. “While we are sad to miss seeing our loyal friends and fans from around the world, it has become clear that it will not be safe for us to gather again by February 2021.

They added that neither of its pubs in Santa Rosa or Windsor has been allowed to reopen for indoor dining.

The beer known for its hefty alcohol content and smooth taste brings people from around the world to Northern California. It's usually released every first Friday of February.

This year, a limited number of their signature 510ml bottles will be available as part of a mixed case for a limited time on the company’s website in late January or early February. Each case will have four bottles of Pliny the Younger and two additional RRBC beers.

The only draft produced will be distributed in very limited quantities and where it will be available won’t be known until the last minute.

"But we fully expect to be back in business and better than ever in 2022," the company said.