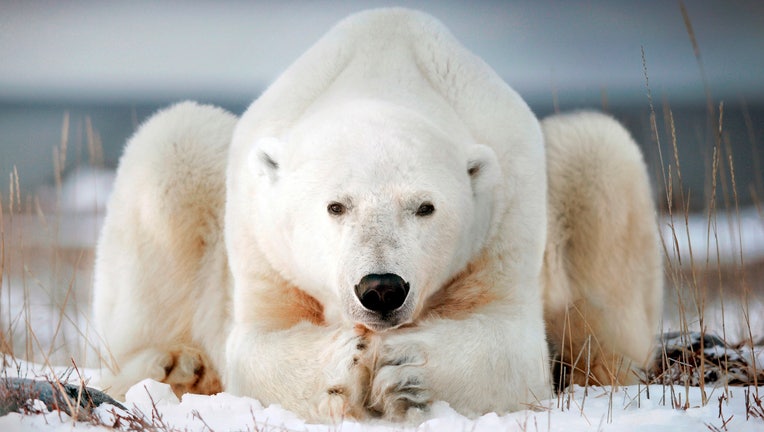 Researchers have found an alarming death rate among polar bears in Canada's Western Hudson Bay, an area that includes a town called "the Polar Bear Capital of the World."

According to a new government survey, the once populous predators are dying off in the southern edge of the Arctic — and are doing so in high numbers.

Females and bear cubs are especially having a hard time surviving, the study found. 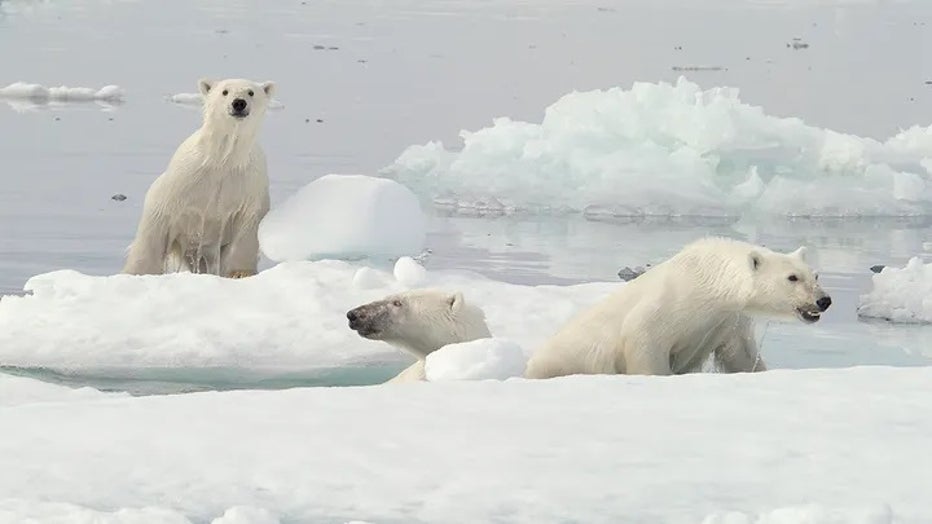 "The actual decline is a lot larger than I would have expected," said Andrew Derocher, a biology professor at the University of Alberta.

While Derocher has studied the Hudson Bay polar bears for nearly 40 years, he was not involved in the study.

The decline has persisted for decades, showing since the 1980s that the number of bears in the region has fallen by nearly 50%, the researchers found. 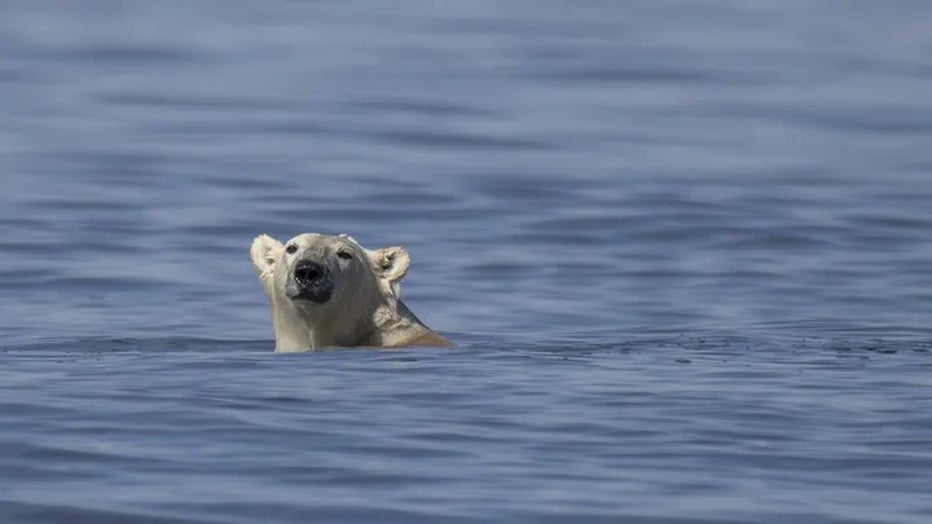 A polar bear swims to catch a beluga whale along the coast of Hudson Bay near Churchill on August 9, 2022. (OLIVIER MORIN/AFP via Getty Images)

The decline shares a correlation with the disappearing of ice essential to their survival, they said.

Polar bears survive on arctic sea ice — frozen ocean water — which they use to swim and hunt their food. The ice seasonally shrinks in the summer as warmer temperatures are more common and re-forms during colder winter months.

Stephen Atkinson, the lead author of the study who has studied polar bears for more than 30 years, said this sea ice is melting earlier in the year and is taking longer to freeze over, due to generally warmer temperatures brought about by climate change.

"Those are the types of bears we’ve always predicted would be affected by changes in the environment," Atkinson said. 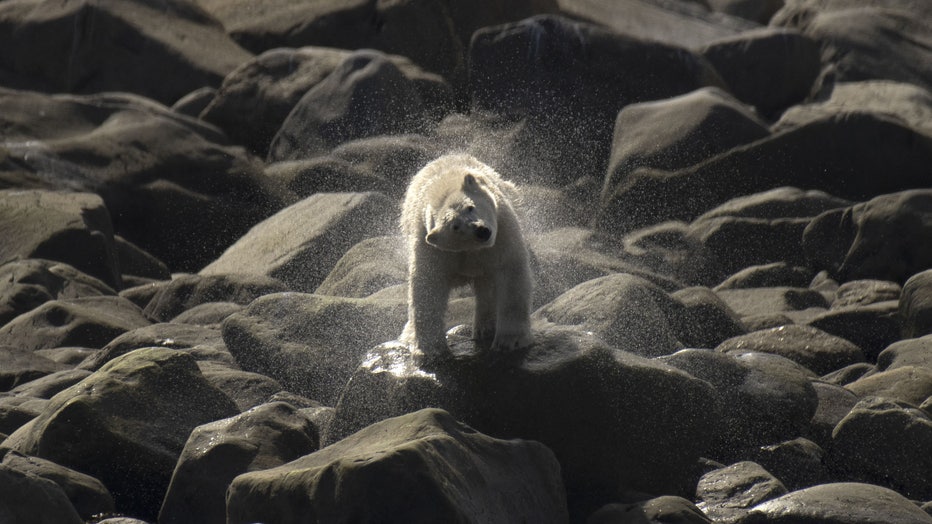 A polar bear snorts after swimming behind a pod of beluga whales passing near the shoreline of the Hudson Bay near Churchill on August 9, 2022. (Photo by OLIVIER MORIN/AFP via Getty Images)

"It certainly raises issues about the ongoing viability," Derocher said. "That is the reproductive engine of the population."

Less ice and fewer polar bears result in fewer opportunities for the bears to mate, further impacting their decline, Atkinson said, "because you simply have fewer young bears that survive and become adults."