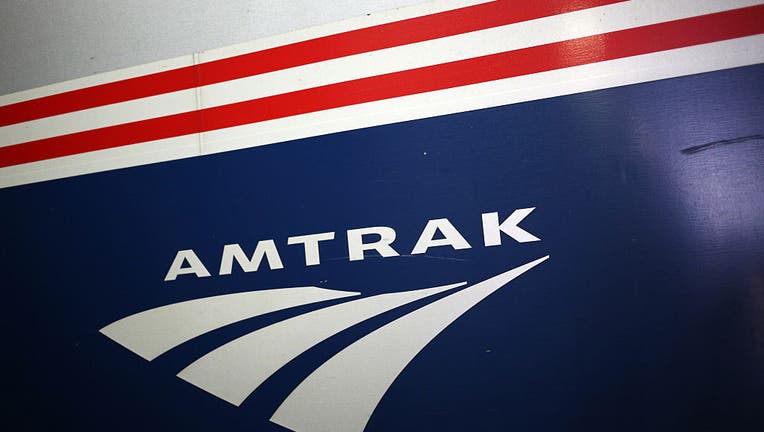 An Amtrak logo is seen on the side of a passenger train on the platform at Union Station in Chicago, Illinois, U.S., on Thursday, Oct. 8, 2015. The head of Amtrak warned Congress that some passenger rail service outside the Northeast corridor will be

BIDDEFORD, Maine (AP) - Two people were killed by an Amtrak train Sunday in the southern Maine town of Biddeford, police there confirmed.

An Amtrak spokesperson said the two people were trespassing on the tracks at around 11 a.m. when they "came into contact with the train" traveling from Boston to Brunswick, Maine, WGME reported.

"Amtrak is working with local law enforcement to investigate the incident," the spokesperson said.

The identities of the two who died were not immediately released.

Passengers said they waited inside the stopped train for nearly two hours, WGME reported, and were eventually taken to Portland by bus.