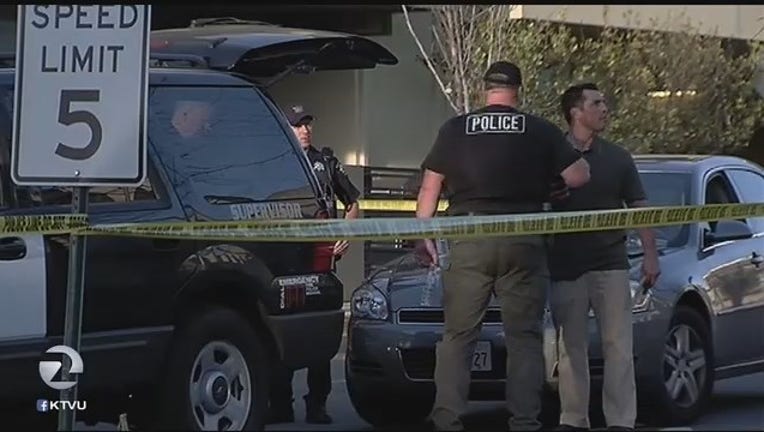 PALO ALTO (KTVU and wires) -- A man who shot and killed his Palo Alto apartment building's manager before killing himself last month believed the manager had been stealing things from his apartment, police said Wednesday.

But detectives found no evidence that Vincent Collins, 70, had been stealing from Marc Miller, 69, and Miller's friends told police he had likely just misplaced the missing items.

The two were both tenants at the Alta Torre Apartments, a 56-unit senior living complex at 3895 Fabian Way, and Collins also worked as a manager there. On the afternoon of March 19, Miller went to Collins' first-floor office and shot him four times with a Smith & Wesson handgun.

Miller then got into an elevator and shot himself in the head. The gun, legally obtained and registered to Miller, was found in his lap, police said.

Police responded at 3:19 p.m. to reports of an injured person in an elevator and found Miller dead. Officers checking the area found Collins shortly after that.

Police were previously called to the complex in February when Miller reported that Collins had been going into his apartment when he wasn't home and stealing from him, police said.

The items Miller accused Collins of stealing were not valuable and police could not find any evidence that any theft had happened or that Collins had even entered Miller's apartment, police said.

Some of Miller's friends told investigators he had been complaining about the thefts, but they believed Miller had simply misplaced his missing belongings, according to police.

After the murder-suicide, police obtained warrants to search both Miller and Collins' apartments, but found no evidence of the alleged thefts. Collins worked as a manager at the complex since it opened in 2010 and no burglary has ever been reported there, police said.

Police could not determine any other possible motive for the shooting.