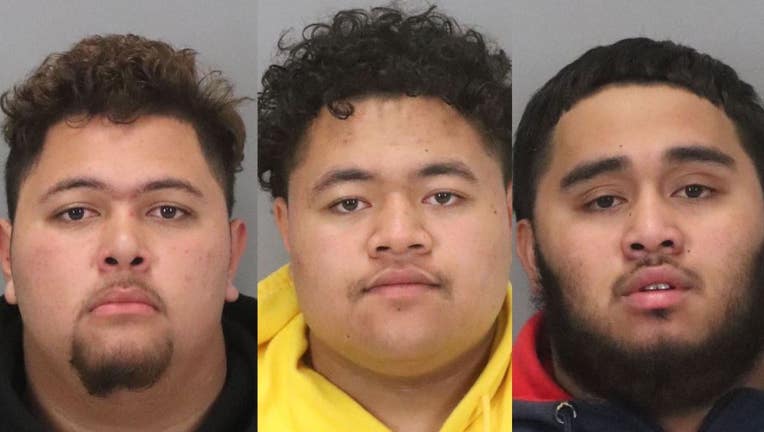 On Monday, a call came in to police around 3:39 a.m. about possible auto burglaries in progress.

The witness reported seeing a group of people banging on car windows and car alarms going off in the area of Amarillo Avenue and West Bayshore Road.

The first officer who responded to the scene observed a vehicle traveling southbound on Tanland Drive at Amarillo Avenue with five males inside matching the suspect descriptions, authorities said.

Officers initiated a high-risk stop and detained all five occupants in the car.

Investigators collected evidence, conducted interviews and determined the five suspects were tied to the auto burglaries.

Officers returned the stolen property found inside the suspect vehicle to the rightful owners.

Officers arrested 18-year-old David Matthew Foster of Newark, 19-year-old Salvador Rodriguez, and 18-year-old David Taufur, both of East Palo Alto. They were all arrested on suspicion of auto burglary, conspiracy to commit a crime, vandalism, and possession of burglary tools

Two 17-year-olds from Redwood City were cited on the same charges and released to their parents.

Detectives are investigating if the teens are tied to any other car burglariers in the city.