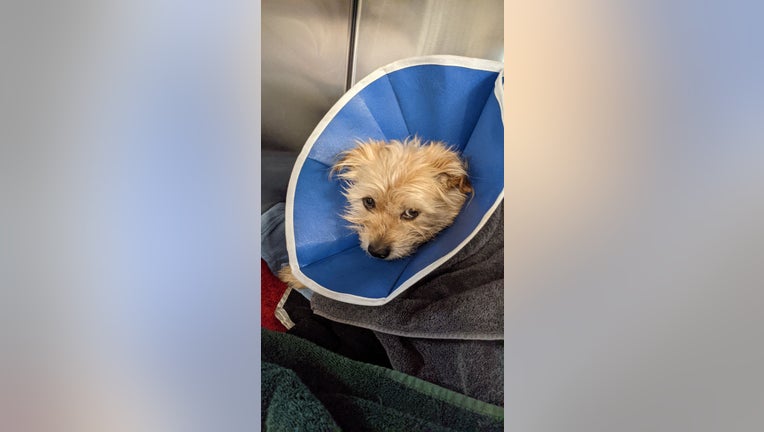 SAN FRANCISCO - San Francisco police on Thursday announced the recent arrest of a man accused of reaching into a woman's vehicle and stabbing her dog unprovoked, leaving the small dog with life-threatening injuries.

Derrick Strong was arrested after officers responded on Oct. 27 to the 1400 block of Shafter Avenue, located in the city's Bayview District, for a report of a dog stabbing.

There, officers met with a 50-year-old woman who said her Terrier mix dog had been stabbed. Officers were able to help the dog and transported it to an animal hospital for critical injuries, according to police.

San Francisco police on Thursday announced the recent arrest of a man accused of reaching into a woman's vehicle and stabbing her dog unprovoked, leaving the small dog with life-threatening injuries.

The victim said she was sitting in her parked vehicle when a man brandished a knife and threatened her without provocation. The man then stabbed her dog through the open window of the vehicle, police said.

Afterward, the suspect walked away, according to police.

Responding officers were able to locate the suspect not far from the scene and arrested him. Police have identified him as the 35-year-old Strong, a San Francisco resident.

Officers were able to seize the knife believed to have been used in the crime, police said.

Strong has been arrested on suspicion of making criminal threats, animal abuse, and brandishing a deadly weapon. He remains in custody and is being held on $100,000 bail, according to jail records.

Although the dog was initially considered critically injured, he survived and is now at home recovering, police said.