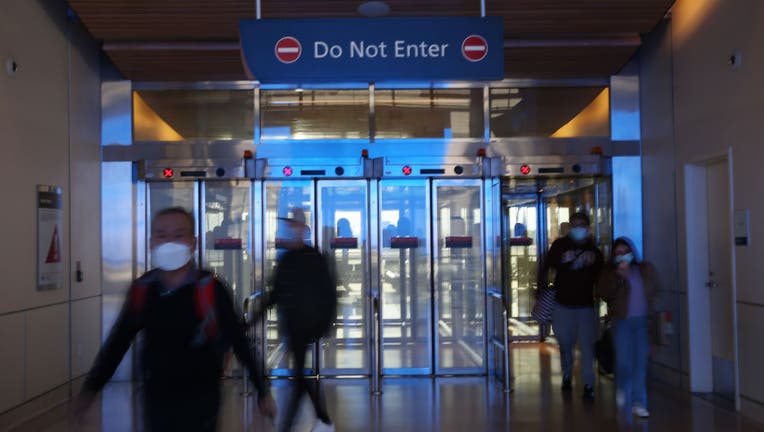 Passengers wak through the arrival gate as they arrive at Terminal B at Norman Y. Mineta San Jose International Airport on Wednesday, December 2, 2020 in San Jose, Calif. New COVID-19 restrictions for Santa Clara County include a 14-day quarantine fo

SAN JOSE, Calif. - A despondent 22-year-old man who drove onto a secure area of San Jose International Airport on Sunday morning, claiming to have explosives, was arrested after a brief standoff, police said.

The suspect, a resident of Brentwood, allegedly followed an airport employee past a secure gate about 7:30 a.m., San Jose police said in a news release.

Officers responded after the security breach was reported, and the man barricaded in his car after police surrounded it and managed to keep him from driving any further. When he finally got out, he was taken into custody, police said.

During the arrest, the man allegedly told police he had swallowed an explosive device, and that there was another one in his car.

Both statements proved to be unfounded, and no explosive items or devices were located, according to police.

Officers determined the man was having a mental health issue, and he was hospitalized for ingesting a large amount of an unknown medication.

When he is discharged from the hospital, he will be booked on suspicion of trespassing onto airport property and delaying officers. He will also be provided mental health services, police said.