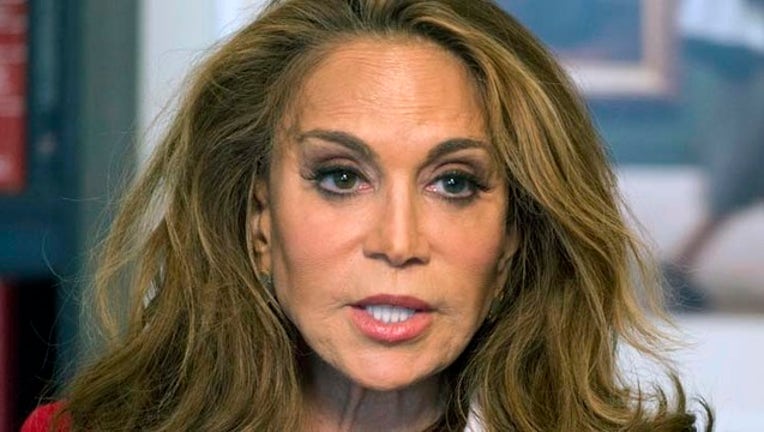 BOSTON (AP) -- A Boston man shot to death by the terror investigators who had him under surveillance had talked about beheading blogger Pamela Geller before deciding to target police officers, Boston police said Thursday.

"There was some mention of that name," said Police Commissioner William Evans, who dismissed it as "wishful thinking" while speaking on the "Today" show.

But a Muslim leader said the use of deadly force by Boston Police and the FBI was reckless and unnecessary. Imam Abdullah Faaruuq, who is close to the Rahim family, said he believes they wanted him dead.

"You can capture elephants, lions and tigers without killing them," Faaruuq said.

Rahim, 26, was fatally shot Tuesday after investigators said he refused to drop a knife as they sought to question him about "terrorist-related information."

Geller wasn't surprised that she may have been a target. She's a combative personality known for provoking Muslims by campaigning against a mosque near the World Trade Center site in New York, sponsoring inflammatory advertisements and organizing Prophet Muhammad cartoon contest in Texas

"They want to make an example out of me to frighten the rest of the US into silence and submission," Geller wrote in an e-mail to the AP on Thursday. "This is not about me. This is about whether the US will stand for freedom or submit and cower before violent intimidation."

Authorities told Rahim's family that they would show them on Thursday a police video of the shooting that they already showed to Faaruuq and other community leaders.

Their lawyer, Ronald Sullivan, called for a thorough and transparent investigation. He said the family wasn't ready to talk, since they need more evidence "to form a reasoned and informed opinion."

Rahim's brother, Ibrahim Rahim, is a religious scholar, well-known as a moderate voice among American Muslims. He released a statement Thursday calling on Muslims to "remain calm" and pray.

Sullivan says Imam Ibrahim Rahim was mistaken when he initially claimed that his younger brother was shot in the back, based on third-hand information before he arrived in Boston to bury his brother. "We now know we simply did not have all the facts at that time," Sullivan said.

The FBI said Rahim and his nephew, David Wright, plotted to commit some kind of attack, and that Rahim ordered three large knives on Amazon.com a week before he was confronted by police.

Rahim's phone conversations and movements were being closely followed by the task force, and some partial transcripts were made public in an FBI affidavit, but nowhere in the documents made public thus far is there evidence that he or Wright actually used the word "beheading."

Wright was recorded telling Rahim something about "thinking with your head on your chest," the FBI said, explaining that this was a reference to the beheadings shown in Islamic State propaganda videos.

The FBI said police confronted Rahim after he told Wright Tuesday that he had changed his mind about beheading an out-of-state victim, and instead planned to kill local police officers either Tuesday or Wednesday.

"Yeah, I'm going to be on vacation right here in Massachusetts," Rahim allegedly said. "I'm just going to, ah, go after them, those boys in blue."

An FBI affidavit supporting a criminal complaint against Wright said "going on vacation" was their code for committing violent jihad.