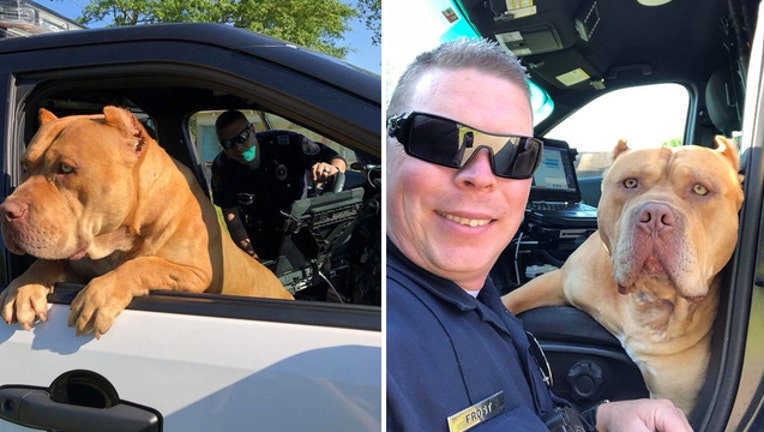 TEXARKANA, TX (FOX 46 WJZY) - Police in Texas got a call for a "vicious dog" in a neighborhood this weekend but upon arrival found an affectionate, playful pit bull instead.

Officer Travis Frost with the Texarkana Police Department spotted the dog laying on someone's front porch. Officer Frost left the door of his patrol unit open so he could quickly jump back in if the dog was indeed vicious and came after him.

"He whistled at the dog, who then came trotting over to him with his tail wagging," the police department said on their Facebook page. "After Travis pet the dog for a minute, he went right up to the patrol unit, jumped in the front seat, and just made himself at home."

The officer and pit bull just hung out together and took some selfies!

"Pit bulls have a bit of a bad reputation. While you should always be careful around any dog that you don't know, you shouldn't automatically assume that all pit bulls are bad dogs. They might be really loving, like this guy was this morning," the police department wrote.

The police department's post has gone viral with more than 33,000 shares and more than 67 reactions on Facebook.