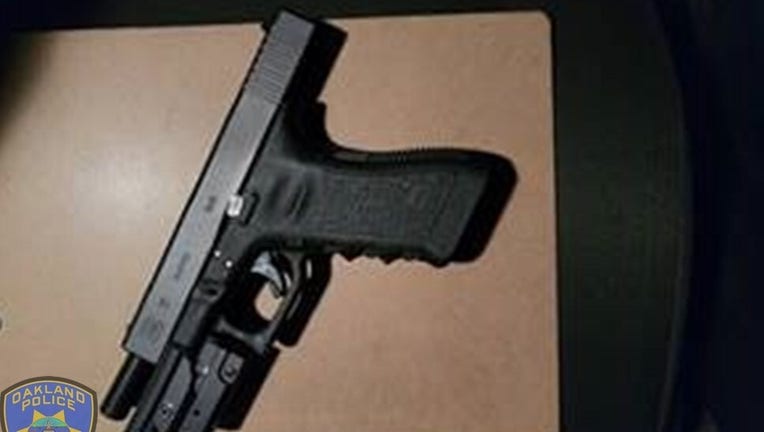 Police said they responded to a call at 2 a.m. early Tuesday on the 3300 block of Alameda Avenue. Upon arriving, officers encountered a woman standing next to a car, who they said, yelled a warning to others.

Police said an officer heard a loud noise and noticed a male was underneath a pickup truck and was using a power tool to remove the vehicle's catalytic converter.

The male dropped the power tool and he and the female fled on foot, according to police. The officer followed and noticed a second male hiding behind a car. Then a third male along with the first two, hid in an unsheltered encampment on the 3600 block of Alameda Ave.

When the officer returned to the original scene, he found a loaded gun sticking out from a underneath a blanket. Police said the car the woman was standing by was reported stolen from out of town. Two other loaded guns were found inside the car.

This incident remains under investigation. Police did not provide descriptions of the alleged suspects. No arrests were made.