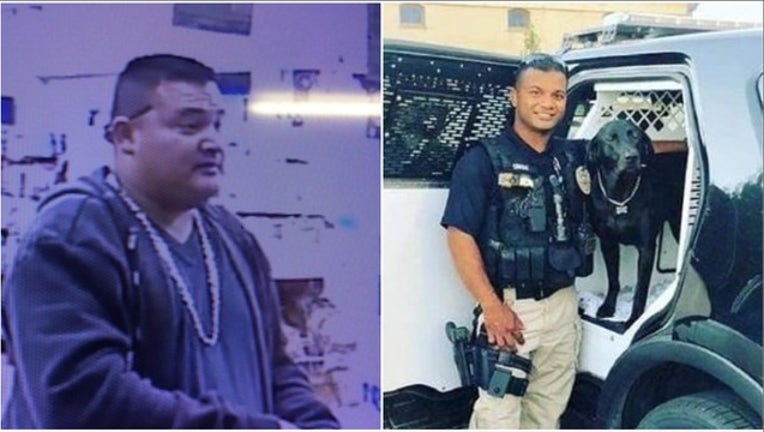 Gustavo Perez Arriaga (left) was arrested Friday for the killing of Cpl. Ronil Singh, a Newman police officer who was killed during a traffic stop Wednesday. Dec 29, 2018.

SAN FRANCISCO (AP) - Authorities say a resident who suspected a man was drunk and got behind the wheel flagged down an officer, who was later shot and killed during the traffic stop.

Gustavo Perez Arriaga was captured Friday after a manhunt following Singh's killing Wednesday. Authorities say he was in the country illegally and was fleeing back to his native Mexico.

Seven other people have been arrested on suspicion of helping Perez Arriaga, including his girlfriend and two of his brothers, one of which was arrested in Livermore on Friday.

Letras says Arriaga is expected to be arraigned on charges Wednesday.