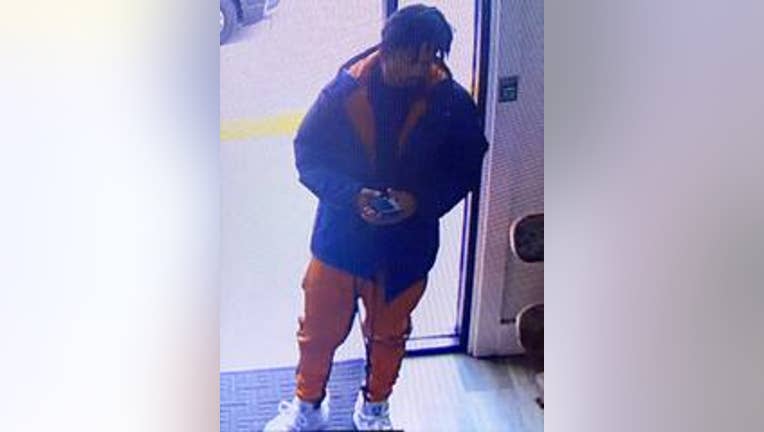 SAN MATEO, Calif. - Authorities are searching for a man who allegedly sexually assaulted a woman at a San Mateo laundromat.

The incident happened on Monday at 1:10 p.m. at Kingston Coin Laundry, located at 3 North Kingston Street.

The victim told police an unknown male purposefully took the palm of his hand and touched her buttocks. Shortly after, the suspect took off and fled on foot. He headed westbound on Cypress Avenue towards North Bayshore Boulevard, police said.

The suspect is described as a Black man in his late 20s to early 30s. He's approximately 5’11 and was wearing a braided hairstyle. He had on gray pants with orange stripes and white shoes with blue stripes.