Santa Rosa police are asking the public's help in the search for a young woman who has struggled with substance abuse and mental illness. KTVU's Debora Villalon reports family and friends are not giving up on her.

SANTA ROSA, Calif. - Santa Rosa Police are asking for the public's help, locating a woman who has been missing for a month.

Terra Lynn Trunick, 28, is considered at-risk due to her history of mental illness and drug addiction.

"Terra is a happy, lovable, empathetic person," said foster mother Kim Mapes, "and addiction is a separate part of who she is and who we know her to be."

Friday evening, Mapes and about a dozen other people handed out flyers with Trunick's photo on them.

"It's a missing person, it's my kid's mom, she's been missing 30 days," said Chris Prior, who was previously engaged to Trunick and has remained a close friend. 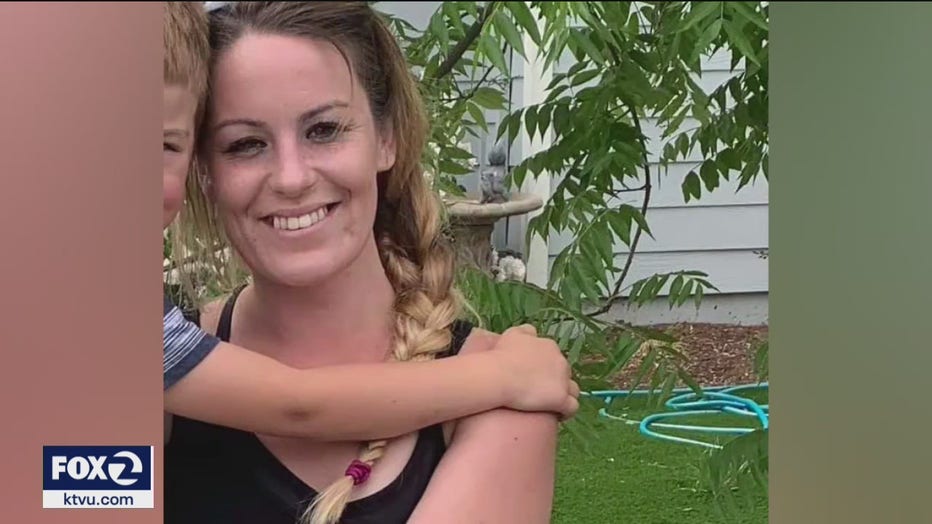 The searchers were canvassing the parking lot of a shopping center on Santa Rosa Avenue, which is where Trunick was last seen the afternoon of January 11.

"Her life has definitely been unraveling," said Mapes, who fears Trunick has relapsed, after almost two years in drug recovery.

Mapes says Trunick is also not taking her prescription medication for bi-polar disease, which can make her paranoid and delusional.

Most alarming to those who know her: Trunick always stays in touch.

"We just know that typically she calls, she checks in, and she certainly calls when she needs help," said Mapes.

"She stays pretty close to her people," agreed Prior, "so we hear from her a minimum of twice a week and we've never actually gone this long without hearing from her."

Prior says that Trunick has turned to self-destructive behaviors to cope with the loss of their toddler son, who she adored.

He was taken from the couple because of their drug addiction, and adopted by another family.

Prior remains clean in a recovery program.

"Terra's just having a hard time to really learn to forgive herself for that whole mess," he said sadly.

Their child is now 4, and Trunick is able to see him, when she is off drugs.

"Those visits by phone or in person were what kept her going," said Mapes.

But now Trunick is gone and the search has turned to homeless shelters and encampments, since she has no car and no money.

Later, the owner of the cell phone told Prior that Trunick had borrowed it outside a store, used it, then went on her way.

But searching his name on the internet turned up disturbing information: a criminal record.

"It leads back to 2010 and a 6 year prison sentence for raping and almost killing a young lady" said Mapes.

"I became extraordinarily alarmed and came out here."

Police have questioned that individual.

Mapes calls Trunick "a survivor her whole life," in foster care since the age of 4, separated from her 6 siblings growing up, and enduring an abusive adoption until the age of 14.

That was when Mapes and her husband became her foster parents, and she moved to the Modesto area for high school.

But Trunick still has friends and relatives in the North Bay.

"I don't feel that she's dead, that's just my gut feeling," said Prior, although he can't explain why she hasn't reached out to anyone.

"One thing about Terra, she can talk herself into anything, but I just feel she can't talk herself out of whatever situation she's in," said Prior.

A dedicated search page has been set up on Facebook, called Missing: Terra Trunick.

Saturday, dozens of volunteers planned to gather at noon in downtown Santa Rosa for their biggest search effort yet.

"I absolutely believe she'll fight to come back if she can," said Mapes, who admits she's terrified Trunick might overdose or die out in the elements.

She wants the opportunity to find her and help her navigate her way back to health.

"I am her mom and I promised her when she came to me 14 years ago that as long as I live and breathe, she would always have a mom, and that's why I'm here."

Debora Villalon is a reporter for KTVU. Email Debora at debora.villalon@foxtv.com and follow her on Twitter@DeboraKTVU.